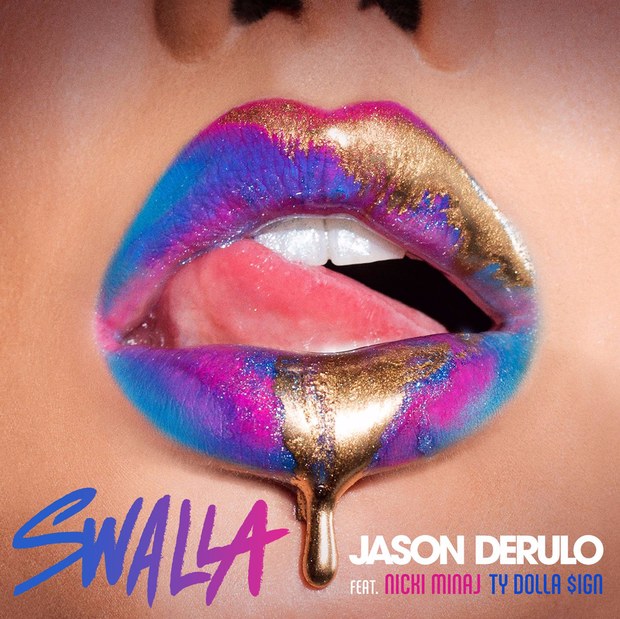 Here we have Jason Derulo’s new single “Swalla”, featuring queen of rap Nicki Minaj and “Mr. I’m everywhere these days” Ty Dolla $ign. The hip-hop meets the Caribbean banger track is the latest official single from Jaaaaason Deruuuulo!’s forthcoming fifth studio album, which is yet untitled and will be released later in 2017, most likely this summer, via Warner Music.

No doubt we’ll be hearing a lot of this song this spring in clubs. Why? Because it’s FIRE - mainly because of Nicki of course.

“I swear to Allah that you're my type”, sings Jason Derulo in his new flirtatious anthem - trying to do an easy rhyme with the title of the song.

Nicki Minaj executes her MURDER in the bridge of "Swalla" - which is to us, as expected, the most satisfying part of the song. It’s SO good, one of Nicki’s best guest verses in recent years, and it’s SUPER FITTING with the vibe of the song. Nicki channels her ISLAND GIRL self in this bridge and slays us so bad.