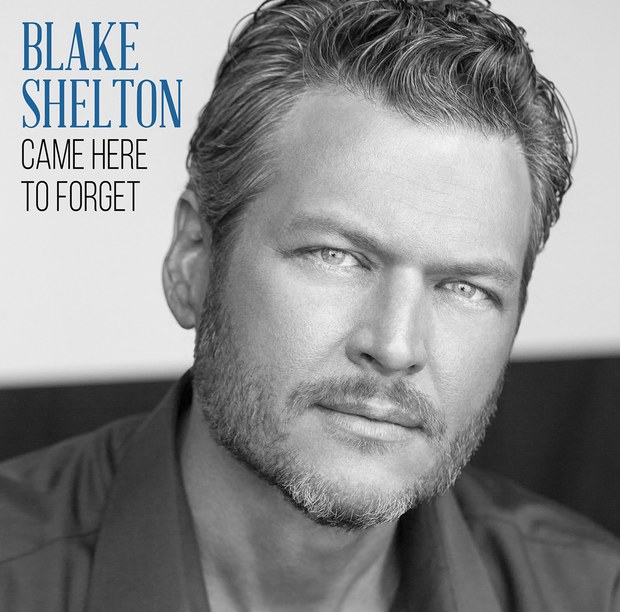 Country singer Blake Shelton is back in the front line of (music) combat with a brand new single titled “Came Here To Forget”. The song, which got released today (March 9th), is the official lead single from his forthcoming yet-untitled tenth studio album, due in stores later in 2016 via Warner Bros. Nashville.

The song “Came Here To Forget” is without a doubt inspired by Blake’s break-up from his wife Miranda Lambert, and the following finding of love again in Gwen Stefani. The song has some synth elements in the production besides the usual drums and guitar combo - always present in country music songs. Message-wise, “Came Here To Forget” hears a sad Blake Shelton opening his heart, and speaking all of his thoughts out loud in the middle of a bar to a (female) “stranger” whose heart is equally broken. “We need to fight through this sentiment of depression our exes have caused in us after breaking our hearts” is kind of a summary what Blake tells this “stranger”. Funny enough, it’s as if Blake is talking to Gwen Stefani here. It’s as if Blake had used Gwen to create the theme of this song. Blake recently divorced Miranda, and Gwen recently divorced Gavin Rossdale. It all fits!

Is “Came Here To Forget” Blake’s best song ever? I don’t think so (although the chorus in this one is very good), but this mid-tempo ballad song is nice anyway - and it has a “theme” we all knew was coming from Blake sooner of later. Plus, even if it’s not Blake’s strongest lead single of his career, it doesn’t matter, for “Came Here To Forget” is already a success. As of this post, the song is #1 on the Country Songs Chart of iTunes. It seems Blake’s fans were really in a need of new music from their icon.

PS: OK that the song is a going to be a smash hit and all, but was it really necessary to photoshop Blake’s face like they did for the single cover (see above)? Oh my god! I barely recognize him!