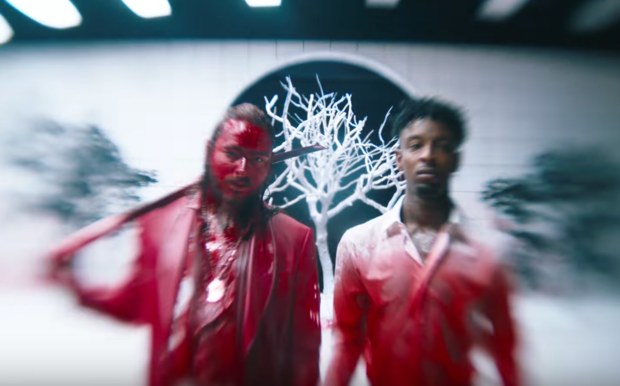 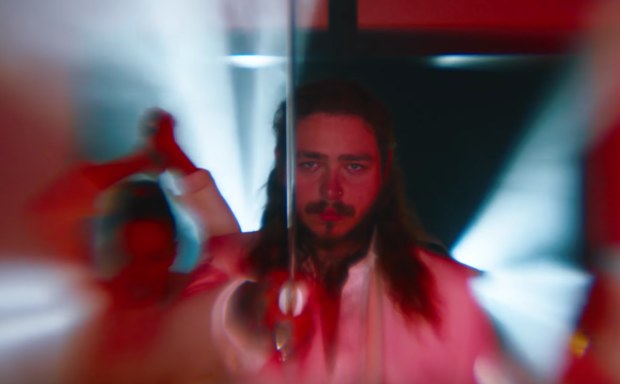 It’s finally here. The music video for Post Malone’s #1 single “rockstar” is finally here. Believe it because it’s true! The Emil Nava-directed music video arrived on VEVO in the late night hours of yesterday, November 21. The music video is very Kill Bill Volume 1 in the Japanese bar scene where Uma Thurman kills everybody with her Hattori Hanzo katana and kills everybody causing a literal bloodbath. In Post Malone’s “rockstar” music video he will be the one using the katana and will soak his super clean all-white outfit with the liters of blood he will take out with his attacks from his enemies. Things will get so bloody one of the final scenes will see Post Malone covered entirely in blood – similar to that iconic scene from Rihanna’s “Bitch Better Have My Money” music video. No wonder why Post Malone had to add a “warning” message in the intro of the music video.

“rockstar” will appear on Post Malone’s forthcoming second studio album “Beerbongs & Bentleys”, which will be out in stores on December 1.