Watch Panic! at the Disco's "Species"-Inspired "Don't Threaten Me With A Good Time" Music Video Now!

OMG. This new Panic! at the Disco music video has completely made my day. What a plot twist! (this is definitely worthy of a night of continuous replays!).

Brendon Urie world premiered the official visual for "Don't Threaten Me With A Good Time", the latest single from Panic!'s "Death of A Bachelor" album, moments ago (May 10) on YouTube. Directed by Tim Hendrix, the brief description of the video included on the official press release reads; "Follow P!ATD frontman Brendon Urie along for an ill-fated night of debaucherous partying". But this video was actually more than just an "ill-fated night". It was a freaking Species-inspired alien movie! 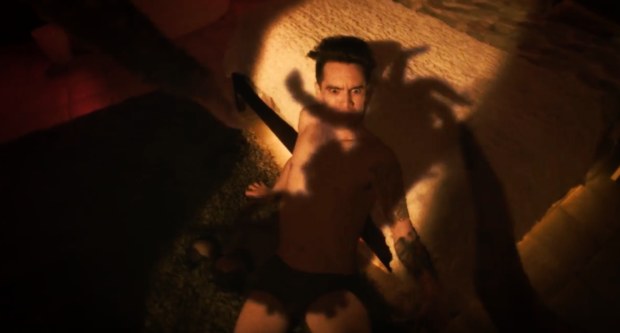 The "Don't Threaten Me With A Good Time" music video opens with Brendon sitting by the bar area of a club. A fine female will approach, check him out and invite him to a freaky night with her. They will dance on the dance floor, have drinks to the point of getting extremely drunk, and eventually they will get an Uber and go the girl's place. There, the mysterious female will begin to undress innocent Brendon and will take him to her bedroom. Amid taking her clothes off, she will unveil her true self. SHE IS AN ALIEN! And she will begin to attack and chase Brendon. Ultimately, she will strike upon his body a deadly blow. But that's not it... even though we see how the alien vomits Brendon's "digested" skull, that won't be the last we see from Mr. Urie...!!! (uh-huh, this is a MUST-WATCH! what are you waiting for? click "play" below!).