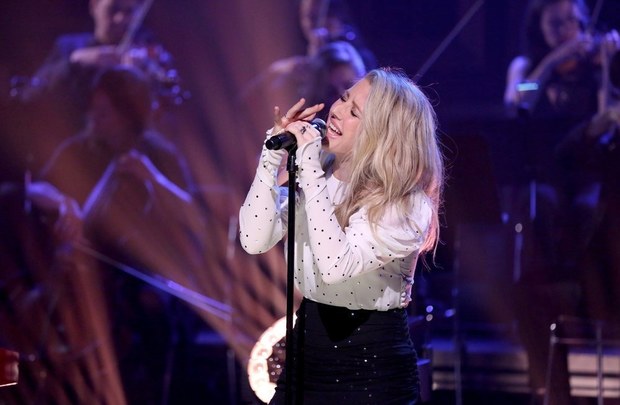 Watch the full performance below:

I didn’t know they were still promoting this song?

I just checked the U.S pop radio chart and I’ve seen “First Time” has been constantly losing positions for the past few weeks. As of this post, it’s at #50 (down from #46 last week). So I’m not exactly sure why Kygo and Ellie are still pushing this song. It clearly had its moment (two months ago) and it’s not on its natural way down. Kygo should be focusing his energy instead on releasing a new single and promoting that. But hey, last night’s “Fallon” performance was good. I won’t deny that. Ellie looked extra pretty, she sounded exactly as the studio version, and the set of violinists really added a lovely touch to the live version of this song. 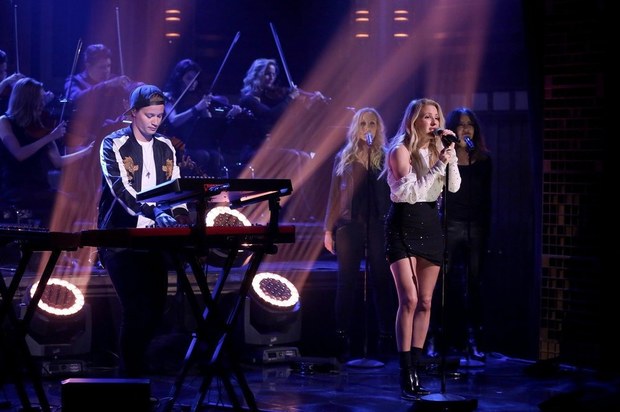