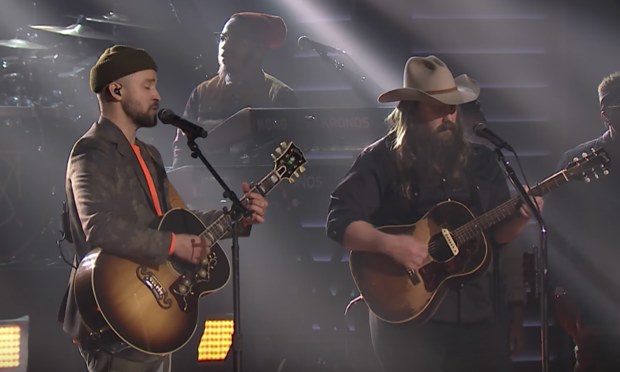 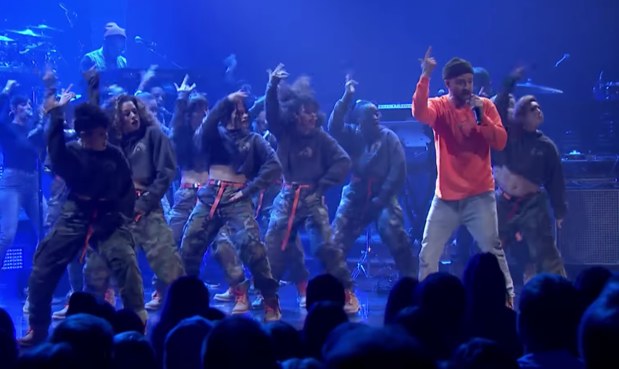 Right after his Super Bowl halftime performance, Justin Timberlake headed over the local theater in Minneapolis where Jimmy Fallon was taping his special “Tonight Show” episode live. Jimmy interviewed Justin on the show asking him all about the halftime show he had just done and Justin also took the opportunity to perform there two songs he had no time adding to the Super Bowl halftime show setlist. These were: “Supplies” and “Say Something”, from his “Man of the Woods” album. This was the very first time Justin performed the previously mentioned songs live. Apparently he had no idea “Say Something” would be a hit and “Filthy” would flop when he prepared his setlist for the Super Bowl. So he ended up including “Filthy”, the first single from “Man of the Woods”, as the only song from his new album on the setlist. And when “Say Something” became an unexpected hit a few days ago, there was just no time to change things up. So he had no other choice but to deliver the first performance of “Say Something” on “The Tonight Show” after the Super Bowl.

Justin totally needed to remove a couple of those Super Bowl songs and added “Supplies” and “Say Something” instead. What a screw-up!