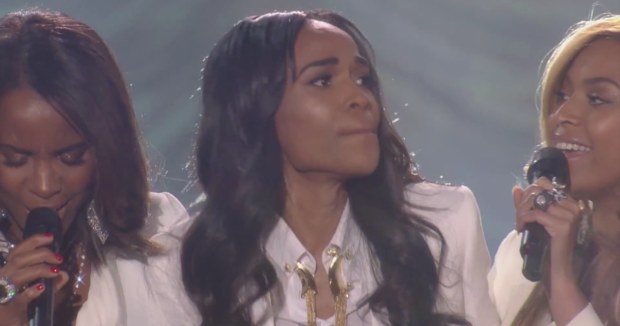 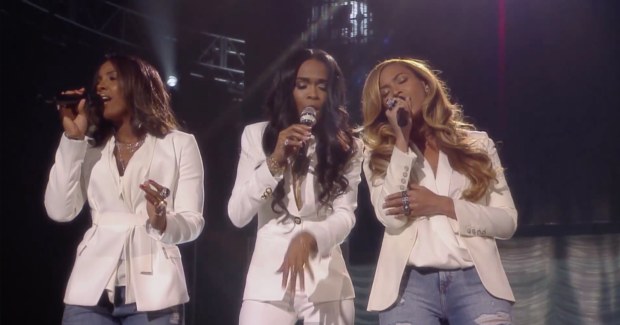 Beyoncé and Kelly Rowland joined sister Michelle Williams for a one-time only performance of “Say Yes”, a single from the gospel singer’s “Journey To Freedom” album, during the 30th Annual Stellar Gospel Music Awards, which although taped last month in Las Vegas, only aired on TV last night Easter Sunday (April 5).

This was a doubly special occasion for Michelle because besides reuniting with her Destiny’s Child family whom she hadn’t shared a stage with since the Super Bowl XLVII halftime show in February 2013, Ms. Williams also won her first Stellar Award for Video of the Year for “Say Yes”.

Michelle opened her live segment with a solo execution of “Always Remember Jesus” before being joined by Beyoncé and Kelly for a trio rendition of “Say Yes”. Girls looked stunning in their simple but cute jeans-and-white-jacket look (or all white as Michelle sported to stand out a bit more).

Vocally, it was perfection. Remember the DC3 days? Well, it was like time hadn’t passed. The harmonies were to die for. Michelle Williams was evidently the star of the night, though. As “Say Yes” is HER song, she got the best parts.