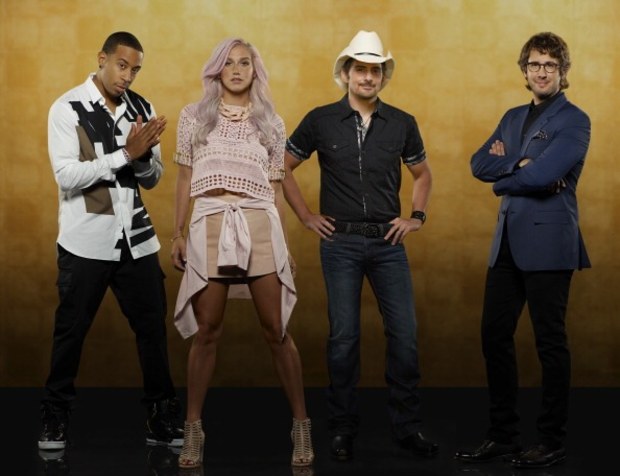 So wrong of you, Brad Paisley! ABC’s brand new singing show ‘Rising Star’ kicked off on Sunday night (June 22) with its first round of auditions. ‘Rising Star’ is all about giving people at their homes all the power to choose whether an auditionee goes to the next round or not (very original, huh?).

Anyway, during the very first episode of 'Rising Star' (which y'all can watch in full below), judge Brad Paisley made a really ugly, cold joke to Kesha (who along with rapper Ludacris make up the judging panel of 'Rising Star’). The joke was so hurtful even the crowd in studio reacted to it, but most importantly it evidently upset Kesha. What was the joke about? It was a shady Bill Clinton one! Ah. Why, Brad, why!?

For real? “I think Bill Clinton’s more her type, actually”. You’re an idiot, Brad Paisley. What was this all about? Dr. Luke? or was he saying Kesha f*cked her way to the top? By the way, this joke comes from the guy who has a song called 'Accidental Racist'.