Watch Black Eyed Peas Perform In Europe Without Fergie: Can They Make It Without Her? 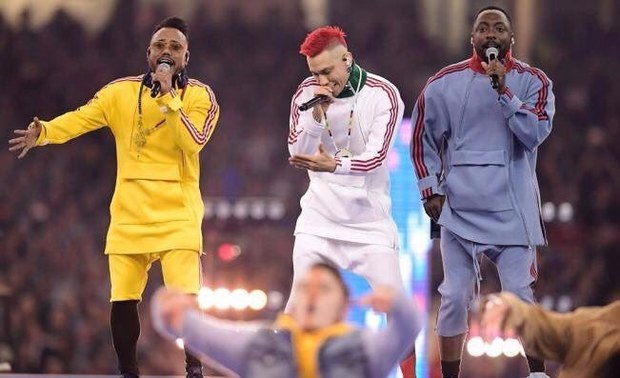 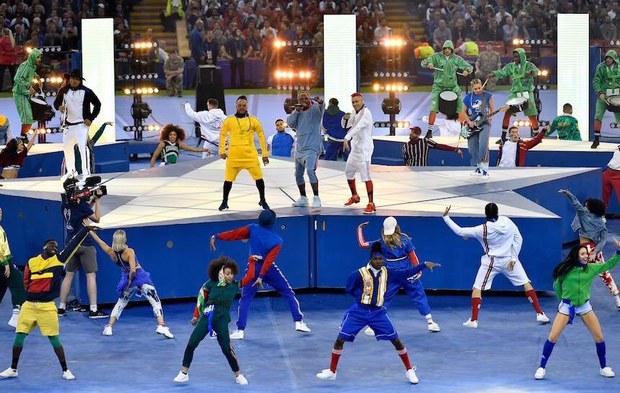 The Black Eyed Peas are indeed “pushing forward” without Fergie (will.i.am has not denied Fergie has “left” the group but girl, bye). The now-trio performed, as scheduled, during the opening ceremony of the 2017 UEFA Champions League Final (a huge sports event all around the world but in the USA) at the Millennium Stadium in Cardiff, Wales before 75,000 people. During Black Eyes Peas’ 5-minute hits-medley, they performed the following: “Let’s Get It Started”, “Boom Boom Pow”, “Pump It”, “Scream & Shout” and “I Gotta Feeling”. And it was all will.i.am’s vocals for the most part, as the other two BEP members only sang short verses in the first song and then just they did ad-libs and shouting here and there. “Non-left” BEP member Fergie had no place in the medley vocals-wise. She wasn’t in the back track at all. Not even to do her iconic “PEOPLE IN THE PLACE!” screaming during “Boom Boom Pow” (replaced by an awkward moment from Taboo).

So she’s not “out”, according to you, but you “prohibit” that she appears in any form at this 2017 UEFA Champions League Final performance? Okay… I’m sure BEP fans really appreciated this…

The Black Eyed Peas announced this week that “new music” from them, sans Fergie of course, will be released “before August 2017”. Excited? Mmm, don’t need to lie. We all know they’re nothing without Fergie. Just annoying will.i.am auto-tuned mess. The only way they could carry a new era is that they release singles featuring talented females. Nicole Scherzinger is rumored to be involved on the new BEP project… and that would do!