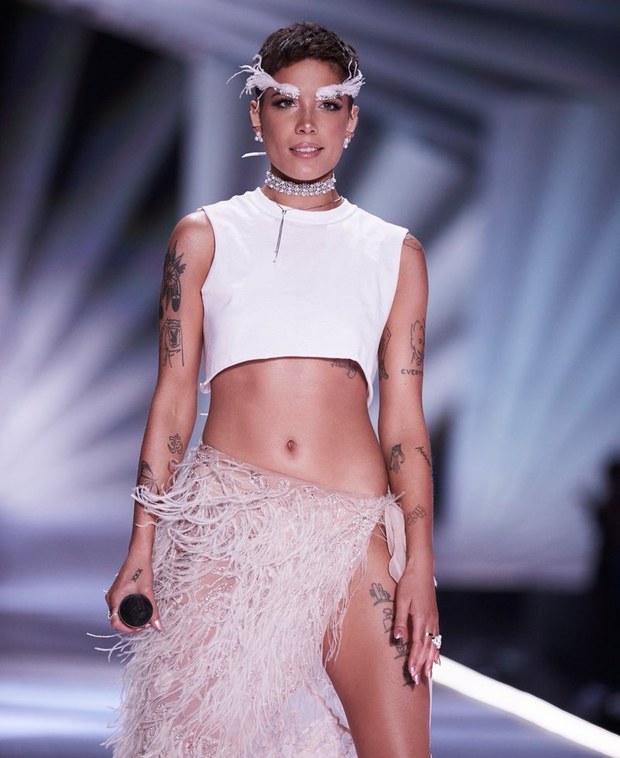 The Victoria's Secret Fashion Show 2018 aired last night (Dec. 2) on ABC. The show was pre-taped a month in advance like usual. At the 2018 edition, held at the Pier 94 in New York City, the musical entertainers were: Shawn Mendes, Rita Ora, The Chainsmokers, Bebe Rexha, Halsey, Leela James, Kelsea Ballerini and The Struts.

After the pre-tape of the show and before airing time on TV, the chief marketing office of L Brands, Ed Razek, the parent company of Victoria's Secret, made an appalling comment in an interview where he said he would never cast transgender women to participate in a fashion show. Following last night's show airing, member of the LGBTQ+ community Halsey broke her silence on this controversy:

Which was your favorite performance? Do you think the other musical entertainers on this year’s show should release statements like Halsey?

Kelsea and @TheChainsmokers performed their hit single #ThisFeeling at the #VSFashionShow tonight! Check out the full performance! pic.twitter.com/Y93FEVnxzu