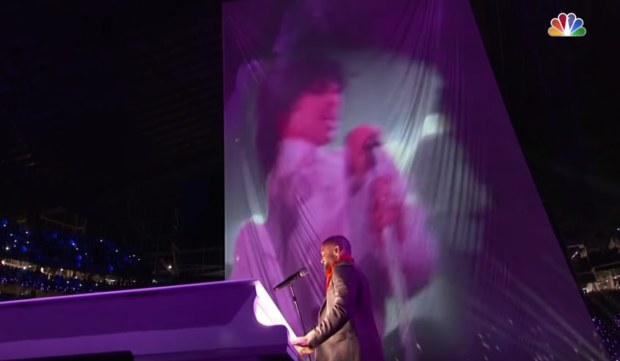 The setlist was as follows:

For the Prince tribute, there was a purple theme to the stage (and even the surrounding areas to the stadium) and Prince made an appearance via a video of him projected on a massive cloth sheet. And by the way, this tribute was certainly most special because Minneapolis, Minnesota was Prince’s hometown and it was there where the 2018 Super Bowl was held.

All in all, Justin Timberlake’s Super Bowl halftime show was good and entertaining but it wasn’t my favorite. It probably goes to the last positions of my Top 10 halftime shows. Although the setlist was okay, I did find somewhat annoying the overuse of the shouts, ad-libs and harmonizing from Justin’s part. Most of his halftime show performance was backing track and pre-recorded vocals, with the exception of the Prince tribute where there well all pure live vocals. Didn’t Justin watch Lady Gaga’s show from last year? She sang everything live! And yesterday, it was more about the paraphernalia sometimes than the vocals. And don't get me started on that messy ending. Such a hype killer.