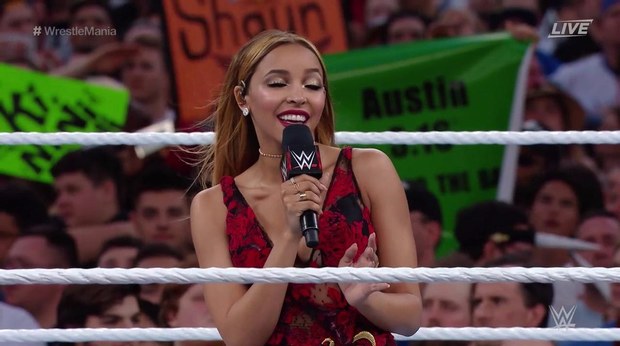 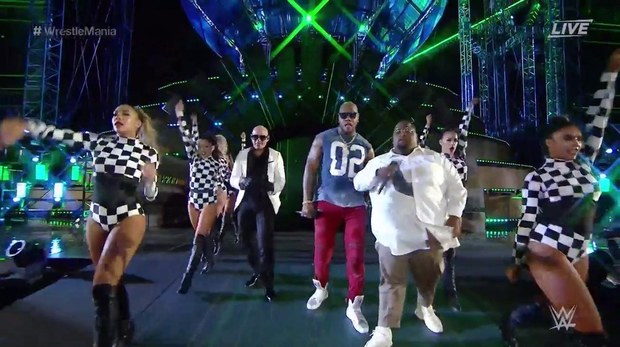 WrestleMania 33 went down last night at the Campaign World Stadium in Orlando, Florida and it featured live performances from the likes of Tinashe and Pitbull.

Miss Tinashe performed in the opening section, but unfortunately she wasn't there to do a redeeming performance of "Flame" but to sing "America the beautiful" live. And a beautiful performance it was. Tinashe sounded vulnerable and emotive and she definitely connected with the 20,000-plus audience. She was given extensive applauding.

Towards the middle of the sports entertainment event, Pitbull, alongside Flo Rida and LunchMoney Lewis, the high energy "Climate Change" hit single "Green Light" (which apparently has been used as theme song in some WWE broadcasts this season). The performance was entertaining but for some reason the crowd didn't want to be very participative for Pitbull. When asked to throw their hands in the air, very few played along. We guess the crowd weren't the typical Pitbull fans...