This Snippet of Rosalia and J Balvin's New Collaboration Serves BOP Vibes: Ready for ‘Altura’ In 2019? 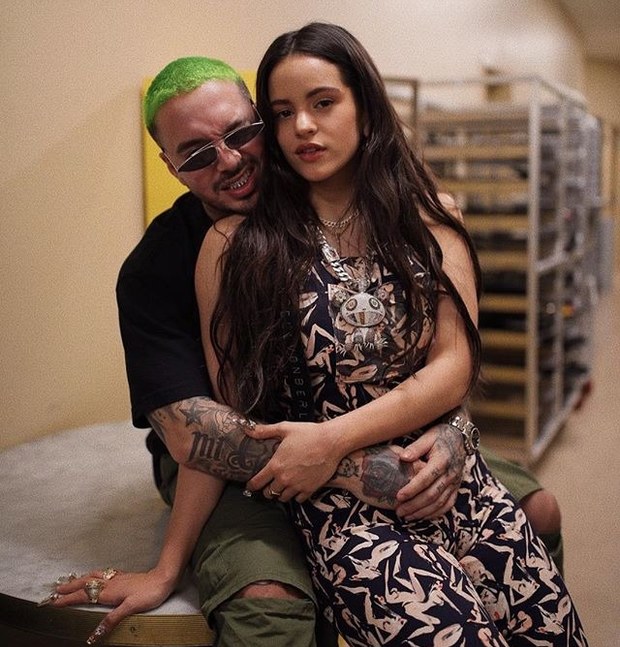 Rosalia helped J Balvin out on his song 'Brillo' from the Colombian reggaeton star's latest album Vibras and he's now going to return the favor. Word in the street is that the Malamente queen is going to release a new 'project' in 2019. We don't know what it will be yet - either a new album, a 'El Mal Querer' re-release or an EP, but what we do know is that that project will include a new collaboration with J Balvin. We could hear a snippet of it in one of J Balvin's Instagram stories over the weekend. He played a few seconds of his new song with Rosalia while hanging out in his private jet en route to an unknown place.

Issa bop? Yep!!!! And looks like the song is titled "Altura". It's reggaeton-ish, trap-ish, so definitely a lot more mainstream than the stuff on "El Mal Querer'". Rosalia caught our attention and the awards and she's targeting our pockets now with her upcoming 2019 material. I'm so excited!!!

Can't wait to bop to this bop.

PS: Rumor also has Rosalia had recorded a duet with Dua Lipa for her upmcoming 'project'. Ahhh!!! Global domination is incoming.

According to @folha, Dua Lipa and Rosalia are releasing a song together in 2019. Who’s excited?! ???????? pic.twitter.com/jsEAH7KnAq