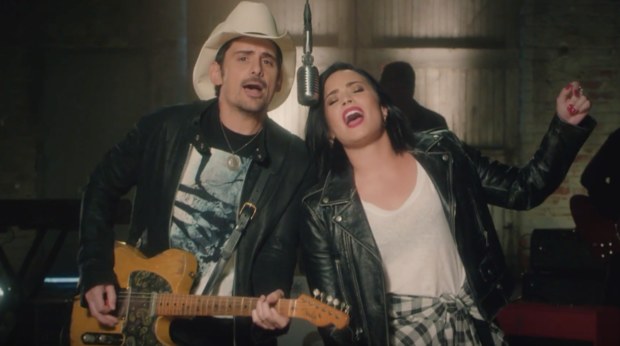 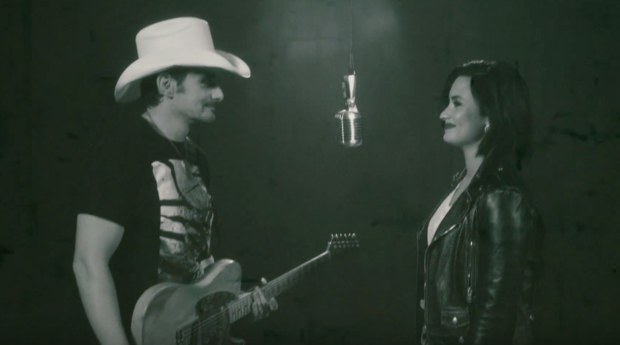 You know how music videos most of the times make you like the song more? Well, in the case of Brad Paisley and Demi Lovato’s “Without A Fight” music video, the opposite happens. I don’t think I like the song anymore!

The country track “Without A Fight” is the lead single from Brad’s forthcoming still-untitled eleventh studio album, which will be released later this year via Sony Music. Considering the not-so-amazing commercial performance of his last album, not doubt Brad agreed to his label’s demands to make his eleventh album’s lead single a collaboration with a pop star, in this case Demi Lovato, to make people out there excited about him again. And I must say I kind of was excited again about Brad when I heard the new single last month when it got released on iTunes, but sadly this newly-premiered music video has just killed all the hype I had. 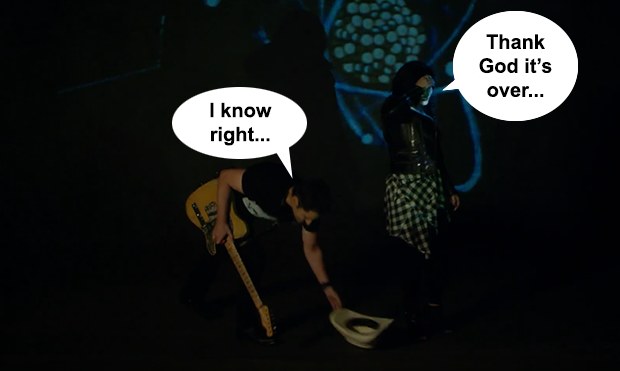 Directed by Jeff Venable, the “Without A Fight” music video shows Brad and Demi, looking like a badass rocker chick, performing their country collaboration at some warehouse and singing directly to a vintage microphone hanging from the roof. This pointless treatment will be accompanied by an awful camera work and corny visual effects. And to make things worse, the chemistry between Brad and Demi in the video was virtually none. It all seemed forced, awkward and uncomfortable.