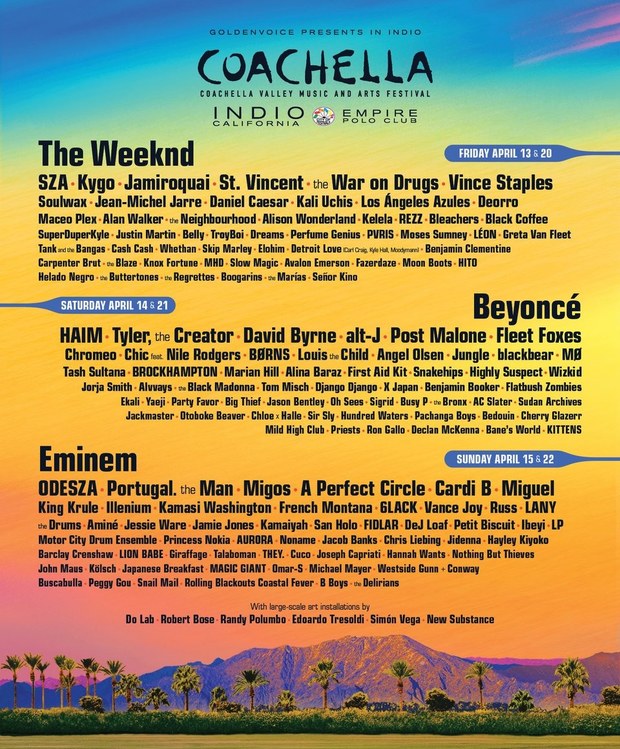 Other relevant artists that will participate at this year’s Coachella include: SZA, Jamiroquai, HAIM, Post Malone, Marian Hill, Migos, Cardi B, or Miguel.

And may we remind you Beyoncé signed up to do Coachella this year as an apology to fans for cancelling her headlining appearance in the 2017 edition. Last year she was supposed to perform but her doctors advised her against it after she became pregnant with her twins.

Oh and here's a reminder of what Bey can do at festivals:

What date will you attend and what artist are you most looking forward to see?