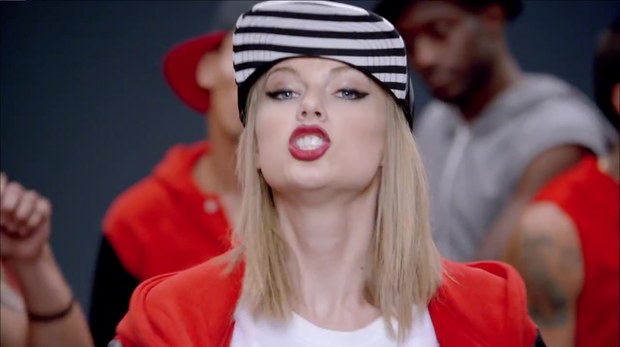 Just as Taylor Swift's much-anticipated Monday Yahoo! Live Stream was ending, she gave the fans with her at the room at the Empire State Building in New York City and the millions watching online from their homes one last surprise. She premiered the full music video of her brand new single “Shake It Off” – which she had played for the first time minutes earlier in the stream. “Shake It Off” is the lead single from Tay-Tay’s forthcoming’s fifth album “1989”, due in stores on October 27th. After streaming the music video in full for the first time through the Yahoo! exclusive stream, Taylor immediately uploaded the super cute visual on her VEVO page.

“Shake It Off” music video review

It's not not Taylor’s highest budget music video ever, but it’s certainly a fun one and it catches rather well the rebellious and care-free spirit of the new Taylor single. Scenes include Taylor dancing like a ballet ballerina, twerking like Miley in a rap/gangster outfit, or cheering out for her song in a cheerleader costume. The ending shows Taylor in a tight black out "shaking it off" with a bunch of people of all sizes and colors.

Love it or hate it, "Shake It Off" is going #1 worldwide. Bye, haters. 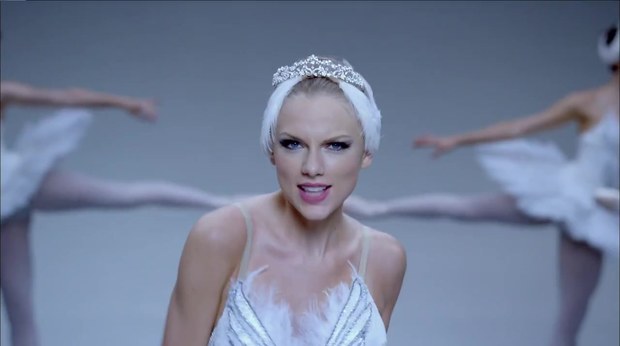