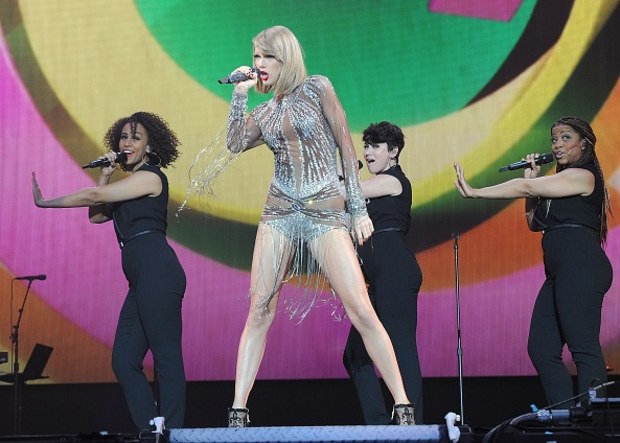 Taylor Swift, Rita Ora, Ella Henderson and Florence and the Machine definitely were the most interesting acts to see perform at the 2015 edition of Radio 1’s Big Weekend festival that took place last weekend from Friday to Sunday at Earlham Park in the city of Norwich, England.

Why them four only out of the long line-up? Because they all new music to perform, and in the case of Taylor Swift, well, simply because she is Taylor Swift. Get it?

Rita Ora performed for the first time ever her underwhelming new single “Poison”, off her upcoming, much-delayed second studio album. I still think this new single sucks, nowhere near as awesome as “I Will Never Let You Down”, it looked flat live on the Big Weekend stage, and Rita better keep on practicing singing “Poison” live because she really struggled with that pre-chorus

Drum and bass production duo Sigma brought Ella Henderson on stage during their Radio 1’s Big Weekend festival set to debut their new single “Glitterball” live. And as expected, Ella sounded GLORIOUS! but looked a bit “thicker” than usual. What’s up with that? I know she’s not going to release more singles from her “Chapter One” album but that doesn’t mean she can forget about being in good shape.

Florence and the Machine treated their Norwich fans with a powerful set that included their latest single “Ship to Wreck”. Unfortunately, Ms. Welch is still not fully recovered from her foot injury and she’s still for forced to perform sitting on a chair. She looked impeccable in that white suit, though.

Last but not least, Queen Taylor Swift took a break from her “1989” tour US leg to perform at Radio 1’s Big Weekend in England and she did not disappoint. She performed a 20-minute set full of hits that included her latest “Bad Blood” of course. She interacted with the festival crowd quite a lot and the heavy cheering was solid evident that Tay-Tay is majorly loved in the UK.