Last night (October 3rd), the 'Outta My Head' singer and Jessica Simpson's little sister, celebrated her 27th birthday at a Los Angeles restaurant where she was joined by her boyfriend Vincent Piazza and several close friends. And looks like Ashlee had a blast! Check out above/below a few pictures from Pete Wentz's ex leaving the L.A eatery looking very tipsy, and needing the gentlemanly support of her BF to not lose balance, as they walked to get their ride. Looks like someone drank too much wine! SOURCE

In music related news, we learned that Ashlee Simpson began writing and recording new music for her next album earlier this year. And this summer, radio personality Ryan Secreast shared the info that Ashlee had had a meeting with her label to discuss which direction her new album will take. Finally, it's been confirmed that producer/songwriter John Shanks, who worked on Ashlee's first two albums, will be helping her in the new era. We'll hopefully get an early 2012 release!

What do you think of the pics?
Looking foward to hear new Ashlee Simpson music? 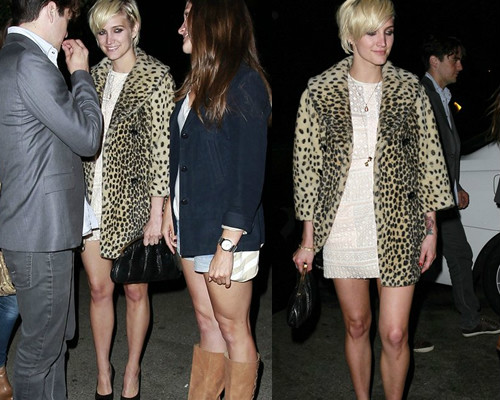 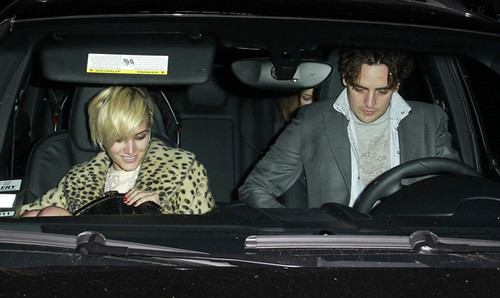