Sia Sings To End HIV In "Free Me", Watch Its Powerful Music Video. 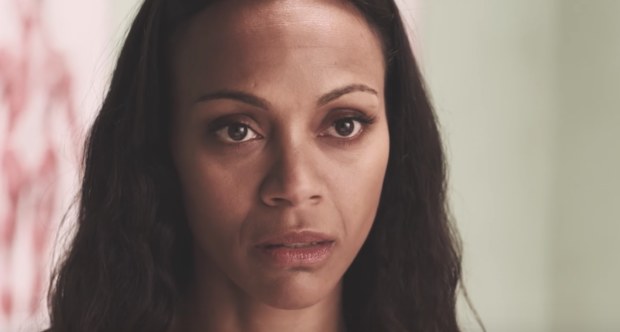 The Australian singer-songwriter released today a new song entitled “Free Me”. This is a powerful piano ballad, boasting a moving Sia delivery and a rollercoaster of goosebumps-worthy vocal notes, she wrote for the “#endHIV” campaign. All proceeds from “Free Me” will go to this campaign, which funds medical and scientific research to find a cure for HIV.

Alongside the release of “Free Me” today on digital platforms, Sia also premiered the official music video of YouTube. The music video stars Zoe Zaldana and it features the voice of Julianne Moore as the narrator. The story of the music video is of Zoe Zaldana playing the role of a woman who is diagnosed with HIV at her doctor’s office. The music video will show all the emotions a patient who has just been diagnosed with this hard-to-swallow news typically faces. And it is heart wrenching. To make matters worse, besides being diagnosed with HIV, Zoe’s character is also pregnant (Sia’s point with this specific plot is to make viewers aware that HIV/AIDS is the number one killer of women of reproductive age worldwide).

The “Free Me” music video will also see Zoe Zaldana performing a contemporary dance routine (a signature in all Sia music videos) with a number of back-up dancers. Zoe will excel in all of her moves. She definitely rehearsed a lot to nail this and nailed this routine she did.

"Free Me" will be available digitally everywhere on Friday. All proceeds go to support trials for a vaccine from @endhiv - Team Sia