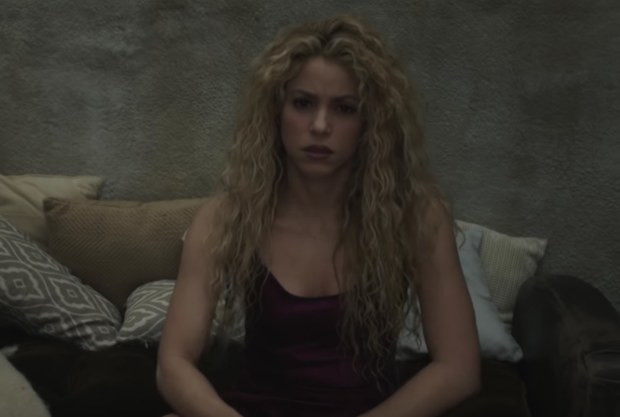 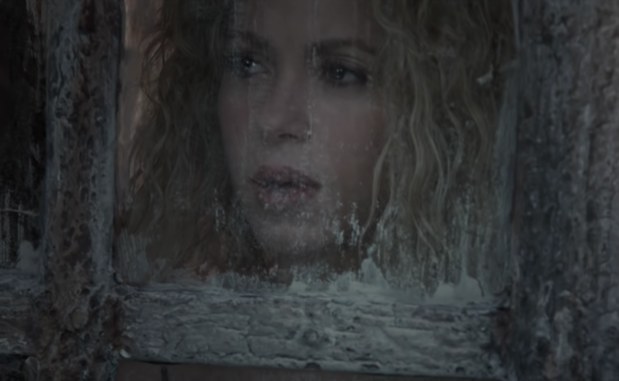 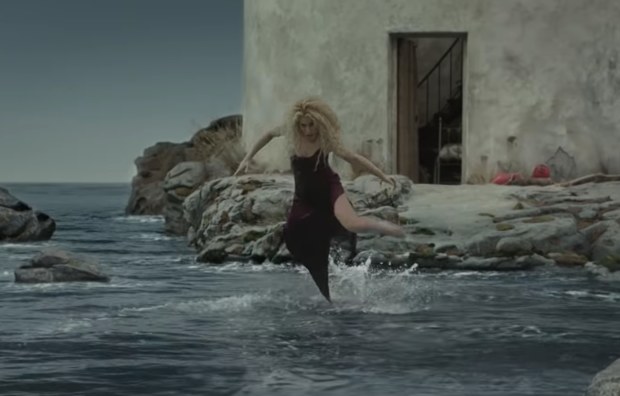 Shakira concluded her “El Dorado World Tour” over the weekend in Bogota, Colombia. That night, as a gift to her fans, the Colombian pop singer premiered the long-awaited music video for her song “Nada” – an epic Spanish ballad from her “El Dorado” LP. Will this be the last single from that album? It seems so but with Shakira you never know. Some are asking “Amarillo” to be the last single of the era.

Back to the “Nada” MV, let me guess… shot in Barcelona and directed by Jaume de Laiguana? – lol.

The music video sees Shakira suffering because of the abandonment from a former lover. The Colombian is at home having a very hard time. She will throw her book, crawl under her bed and look really sad singing the “Nada” lyrics before the windowpane. Towards the finale part of the video, Shakira’s unique house is revealed and she begins dancing on water – like Jesus could have.