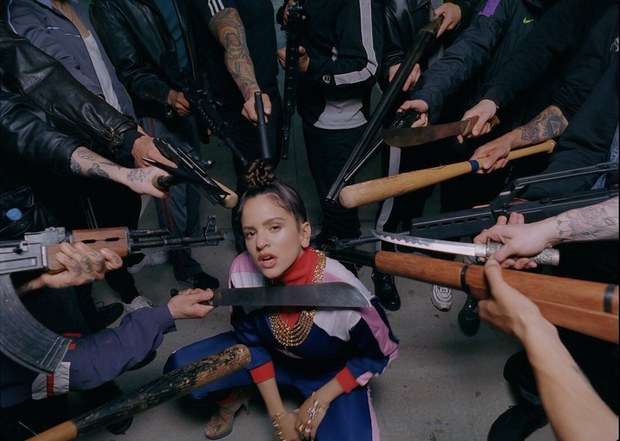 The buzz for Spanish songstress Rosalia, born in Barcelona, ever since the release of her hit song “Malamente” has been massive. And not just in Spain; Latin America and also non-Spanish speaking countries are getting infected by the Rosalia virus. “Malamente” was an innovative bop (she fuses indie-pop with flamenco music) and “Pienso en tu Mirá” is an innovative ballad. Sticking with her signature sound, Rosalia delivers a beautiful new song with a relaxing melody and vocals filled with so much emotion.

“Pienso en tu mirá, tu mirá, clavá, es una bala en el pecho”, sings Rosalia on loop on the chorus. Translated to English, these lyrics mean that Rosalia adores it when her love interest stares at her so intensely (so intense that it feels like a bullet shot at her chest) . In the rest of the song, Rosalia explains how infatuated she’s about this man and also how has jealousy taken over her as she can’t stand her man simply taking a walk in the streets because that would mean others would get the chance to receive his intense and seductive glance that according to Rosalia should only be for her.

Accompanying the new single’s release is the official music video, which Rosalia uploaded on her YouTube channel this Tuesday morning. This is another stunning visual from the Spanish rising star. Coming up with this kind of treatment is something only at the grasp of geniuses, and clearly Rosalia is one.

What person is able to perform when youryo being threatened with a huge knife under your neck? I can think of one and that’s freaking QUEEN ROSALIA!