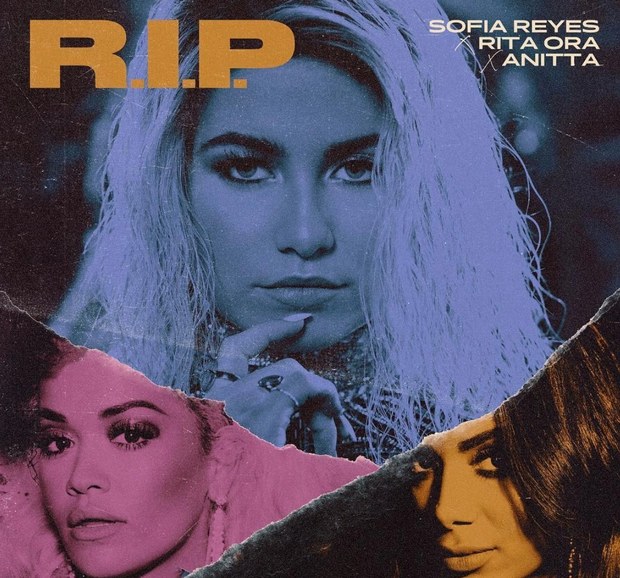 I don't know how to feel about this song. On the hand one, I feel like this was a missed opportunity for Mexican pop princess Sofia Reyes, and on the other, I feel like the song wasn't well-thought to begin with. Let me explain.

Missed opportunity: Sofia Reyes' new single "R.I.P" features British singer Rita Ora and Brazilian singer Anitta. First, WOW at Sofia getting these two artists to collaborate with her. Not VERY surprised about Anitta because she really wants to break into the Latin market and she will do whatever it takes, but Rita Ora? WTF. What is she doing in this song? So, I say missed opportunity because Sofia had these two big artists and she didn't "use" them properly. I honestly can't hear Rita's voice at all and that's most likely because she only sings two words together and stops, then sings only two words again and stops, and it's almost the same situation with Anitta; she sings barely nothing. The only thing from her that I got excited for was her Portuguese moment. Either "use" your collaborators the right way or don't have them at all in your song.

Song not well-thought to begin with: Sofia clearly liked her success with "1, 2, 3" last year and she wants to repeat that success with "R.I.P" this year. But she has made a mistake. Where's my Spanish in the chorus? The "R.I.P" chorus is purely in English and that's a huge mistake. The chorus is the most memorable part of the song and when I'm singing to it and it's only English I immediately go to thinking "ok, this isn't for the Latin market". And the Latin market is Sofia's main target. Latin people want to sing Spanish in the chorus of their club bops, otherwise they won't truly emotionally connect with the songs. And just singing Spanish in the verses doesn't do it for Sofia in "R.I.P".

If I were the curator of the official Spotify playlists, I honestly wouldn't include "R.I.P" in the Latin playlists... and I know Sofia and her label would PANIC. This is what I'm talking about.