Rihanna Meets J Balvin For The First Time After The Colombian’s Sexist Comment About Her, Kills Him With Tense Kindness! 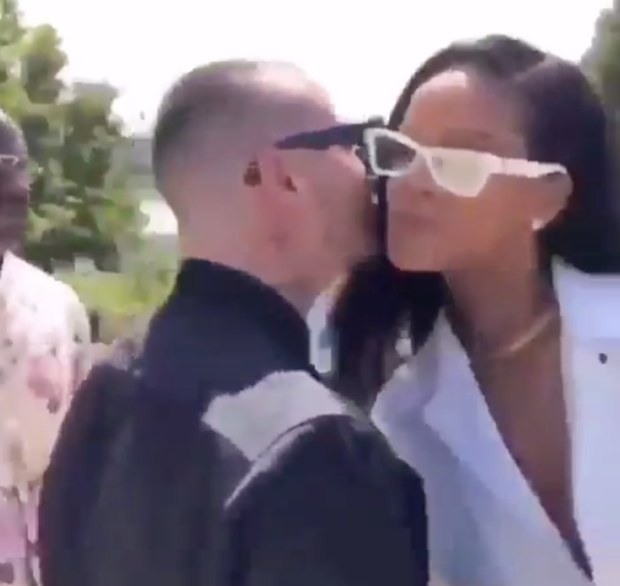 In a “Fuck, Marry, Kill” game on a YouTube show hosted by Portuguese vlogger SirKazzio uploaded earlier this year, Colombian reggaeton singer and “Mi Gente” star J. Balvin made a sexist comment about Rihanna. He literally said: “Rihanna isn’t a good woman to marry, just fool around”. The comment immediately made headlines, bad ones of course, and the entire Rihanna fan army went IN on J. Balvin. Skip forward to present day, this week outside the Louis Vuitton’s Paris Men's Fashion Week event the “What’s My Name” singer met J. Balvin. It was their first encounter ever and their first encounter after the Colombian made the sexist comment. The question at that moment was; did Rihanna hear about his comment? Watch the video of their ‘meeting’ and you the judge from her reaction:

Watch Rihanna meet J Balvin following his comment that she “isn’t a good woman to marry, just to fool around” pic.twitter.com/WlkxVTAC0S

Rihanna is a polite and elegant woman and of course she was going to greet him, but you could cut the tension with a knife and you could tell Rihanna wasn’t going to give him more than a quick cheek kiss. No long talking, no selfie, no more than 1.5 seconds of her time, nada. It was hilarious actually.

Stupid J. Balvin totally screwed his shot of ever recording a collaboration with Rihanna when he made that comment.