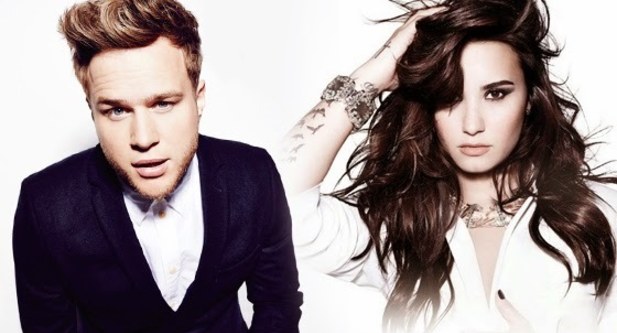 Hollywood Records recently announced the release of a special "Deluxe” edition of Demi Lovato’s last year-released album “Demi” on December 2nd - just in time to get advantage of the Christmas sales and after a successful world tour by Demi. This re-release will include the studio version of "I Hate You, Don’t Leave Me”, live versions of four stand-out "Demi" tracks, "Let It Go" and a totally new song titled "Up" featuring Olly Murs. "Up" is also going to be featured on the British singer's forthcoming album "Never Been Better" (out November 24) and thanks to a sampler of his album just released online we can now hear a 30-second preview from “Up". Listen below!!!!

Hmm, I think it’s best that I wait for the full version to make a judgement. It sounds cute so far but I honestly expected more. Will definitely give the song the benefit of the doubt, though! “Up" is going to be a mid-tempo pop song about the devoted love of a couple for one another and that they will definitely overcome the troubles that currently affect them. "I know this love is heading in the same direction”, sing Olly and Demi with confidence and in unison in the chorus of “Up”.