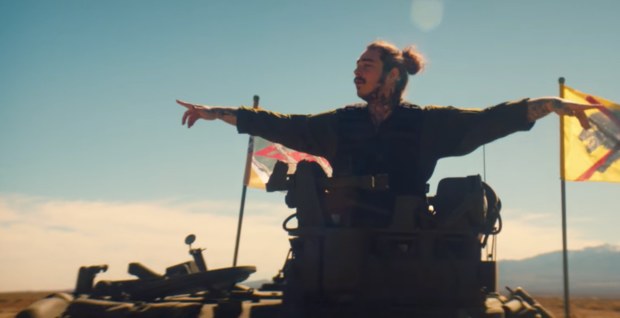 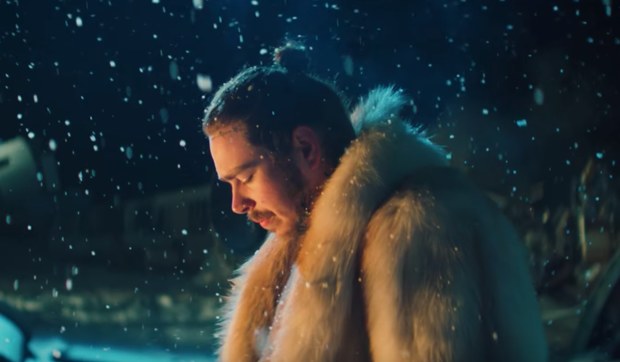 Post Malone just premiered the music video for his super smash hit “Psycho” on YouTube. Maybe this will help the song climb back up on the Billboard Hot 100 after losing a few positions in the latest weeks? “Psycho” was so closed at grabbing the crowning spot. It peaked #2!

Anyhow, back to the newly-premiered music video for Post Malone’s latest single from the rapper’s forthcoming second studio album “Beerbongs & Bentleys”, it was directed by James DeFina and it sees Post Malone serving some military realness. He will ride a tank in the desert, head to a cemetery of army junk, chase a small child who randomly appears before him, burn down a monster-looking wolf, and then kick it with his Ty Dolla Sign buddy as snow start pouring down over them unexpectedly in the desert at night time. Lucky for Post Malone he brought his fur with him!

This was a cool watch. Get on it!

Read the lyrics to "Psycho" here