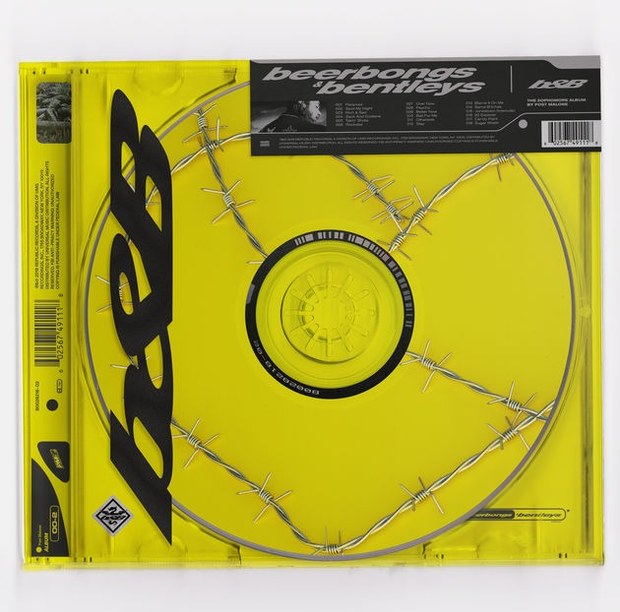 "Beerbongs & Bentleys" is the much-anticipated second LP from the New York rapper. The set arrive in stores worldwide today (April 27) via Republic Records.

The new Post Malone album comes with 18 tracks in total where 5 are collaborations. The guests on "Beerbongs & Bentleys" are: Swae Lee, 21 Savage, Nicki Minaj, Ty Dolla $ign, G-Eazy and YG (the last two appear as guests on the same song).

Prior to the arrival of "Beerbongs & Bentleys" in stores, the album was supported by the official singles of "rockstar" and "Psycho". The former reached #1 on the Billboard Hot 100 while the latter peaked at #2.

Liked the album? Which are your favorite songs?