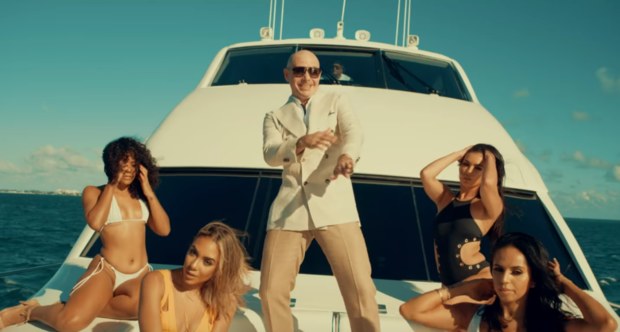 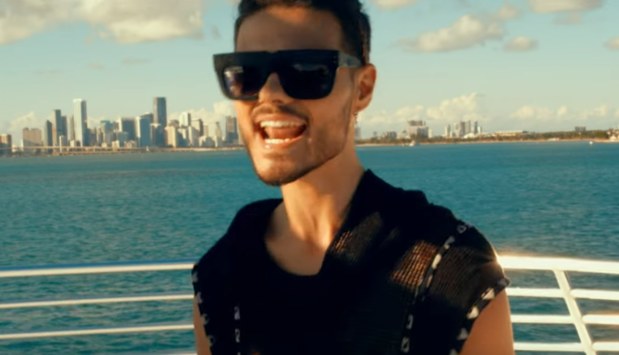 Pitbull just dropped a new music video. Only two weeks ago he dropped the music video for his collaboration with Fifth Harmony “Por Favor” and today he drops the official visual for “Jungle”, featuring E-40, and Abraham Mateo, on his VEVO channel. The upbeat “Jungle” is one of the two brand new songs Pitbull’s included on his recently-released “Greatest Hits” album. The music video for the The Stereotypes-produced song sees a group of men, including Spain’s Justin Bieber counterpart Abraham Mateo, aka the chorus singer of “Jungle”, lost in an actual jungle and encountering random body-painted voluptuous women. After exploring the jungle for a bit, they will manage to get out of it, arrive to a beach, and get invited on Pitbull’s yacht and join a wild on-sea party, which will eventually go to the next level and turn into a foam party. The music video oozes extreme “summer vibes” and again, we’re so depressed looking at it, for it’s so awkward watching a music video like this freezing to death in this chilly winter. But whatever… just 6 months and summer shall return!