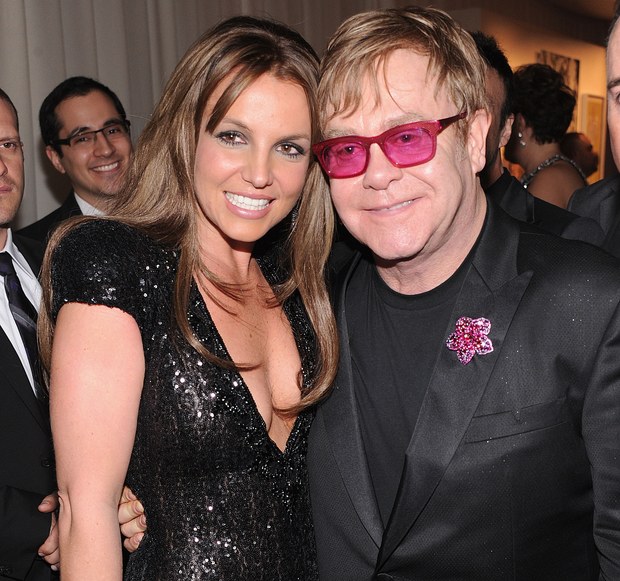 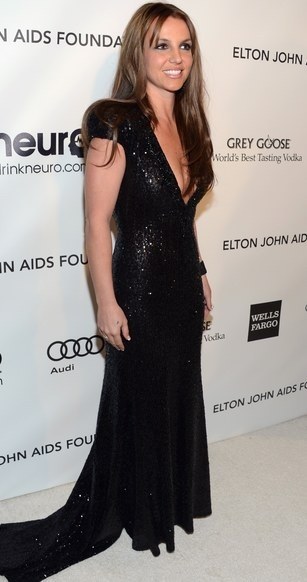 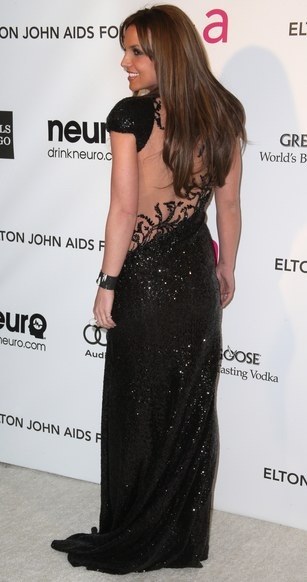 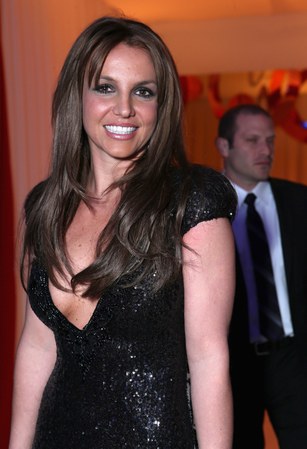 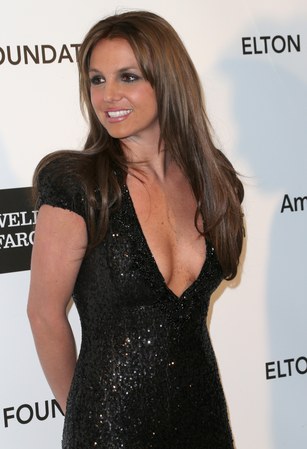 Many music stars (including Britney, Miley or Nicki) stopped by Elton John's 2013 Oscars After-Party held at the Pacific Design Center in West Hollywood, California on February 24...Check out pictures now!

The "Hold It Against Me" singer debuted a new chocolate brown hair while dazzling on the white carpet with a - somewhat revealing - sparkly black dress. The colors suits her well, but we all know she'll return to blonde in 3, 2, 1...! Miley Cyrus, accompanied by her mother Tish, also did not want to miss the 21st Annual Elton John AIDS Foundation Academy Awards After Party. She looked immaculate in that white dress. Meanwhile, Nicki Minaj totally got it wrong, This was a formal event, not a cocktail, club party! Then again, it's not often we see the "Freedom" rapper wearing a long dress. Other 'talents' support Elton John on Sunday evening were; Chris Brown (DEAD at the stupid glasses and eye-hurting suit jacket), Mel B (that color doesn't really favour her), Emeli Sandé (she still looks 60), Michale Bublé and Steven Tyler. 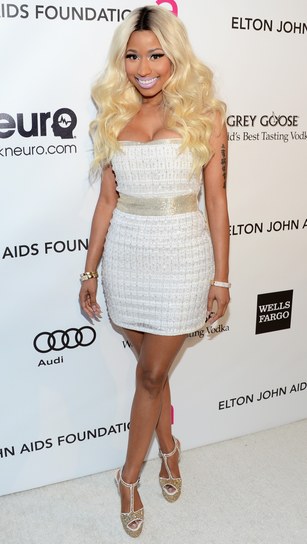 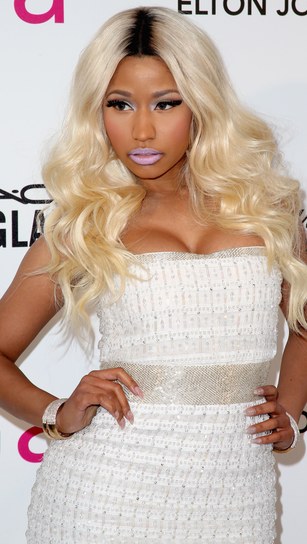 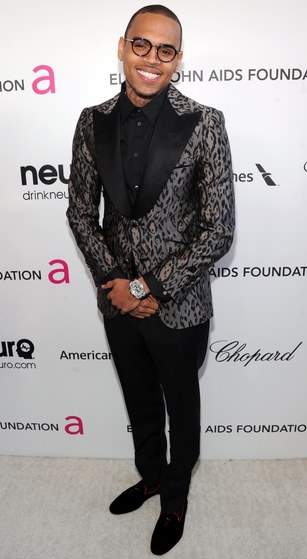 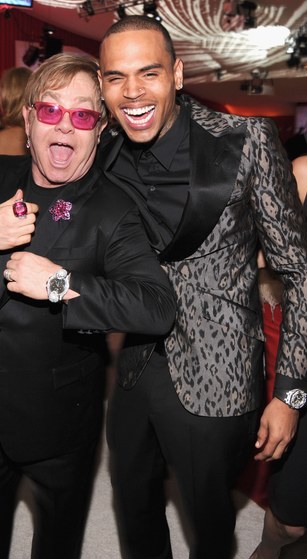 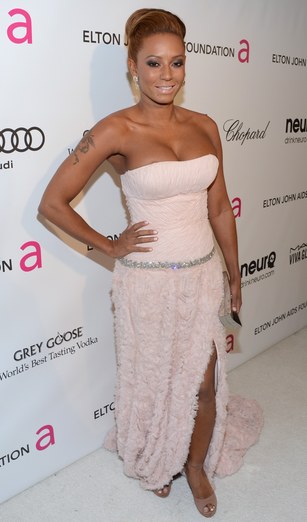 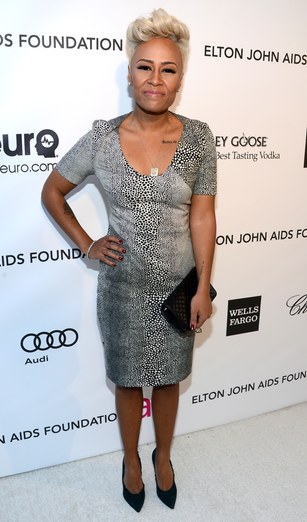 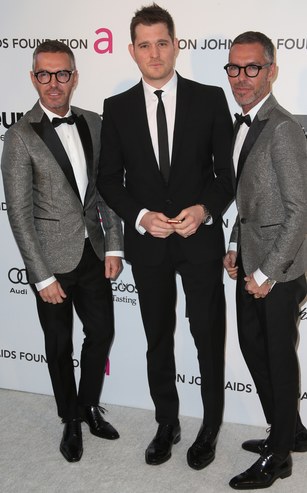 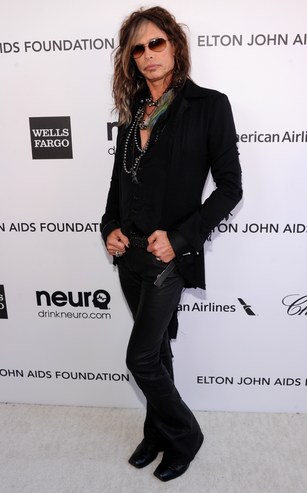