Panic! at the Disco - "Death of a Bachelor" [Album Lyrics] 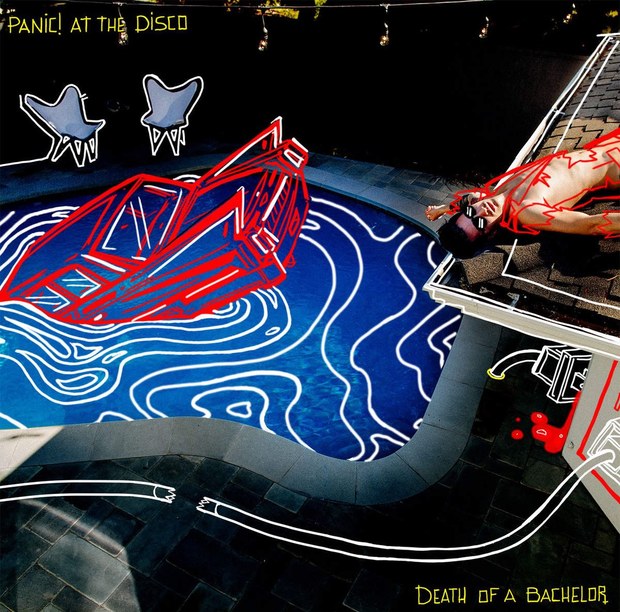 Panic! at the Disco’s fifth studio album “Death of a Bachelor” gets released tomorrow, January 15th, 2016 worldwide via DCD2 and Fueled by Ramen. “Death of a Bachelor” marks a turning point in the rock band’s career as this is the first official album without the collaboration of co-founding member Spencer Smith, who decided to quit Panic! at the Disco after 2013’s “Too Weird to Live, Too Rare to Die!”.

On the background of the new album, Brendon Urie wrote the following on Facebook:

“When I was a little kid and I heard a song I liked on tv, I would jump up and run to the piano to try and figure it out by ear. When I was 10 or 11, I built myself a drum kit in the garage made out of empty laundry detergent buckets, old lawn chairs, paint cans, and old trash cans. Around that time, my parents got me my first guitar. A baby acoustic. I jumped between all of these instruments constantly to satisfy the ideas I heard in my head. At this young age, I realized that music would play a huge part in my life. I had no idea.

'Death Of A Bachelor' is in honor of those times I spent alone as a kid. Allowing music to consume me. Playing everything myself just to get the idea right and out of my head. It’s a beginning to a new era. And an homage to how it all began.

This album is me. Running to the piano. Building a drum kit. Strumming a guitar.

“Death of a Bachelor” comes in one edition only, the standard, and features a total of 11 tracks – all co-written by Brendon Urie. Productions-wise, all songs were produced by Brendon Urie, Jake Sinclair and CJ Baran.

Lead single from the album is “Halleluiah”, and the second single, released before the album arrived in stored, was picked to be “Victorious”.

2. Don't Threaten Me With a Good Time

5. Death of a Bachelor