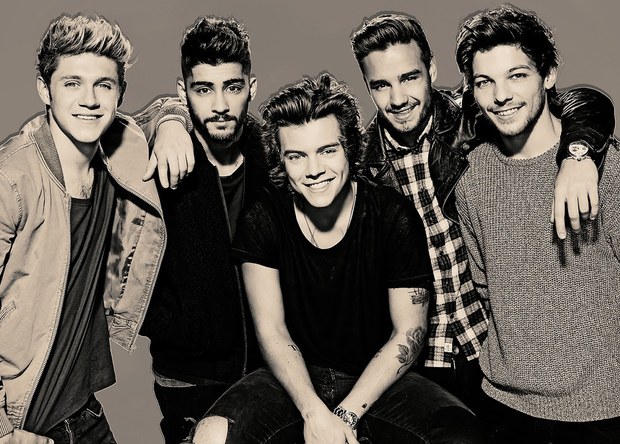 BBC Radio 1’s Scott Mills interviewed One Direction today (Oct. 29th) at a “secret location” in London. Is this the first proper One Direction interview in a very long time? I think so! During the lengthy exclusive chit-chat, Scott Mills asked the guys about their upcoming new album “Four" (in stores November 17th); from what their favourite songs are to where they recorded it or the “mature” and "big" sound of it, among other things. Scott Mills had previously heard 5 new tracks from “Four”—lucky him! He said that his favourites one were “Where Do Broken Hearts Go” and the band's "next single". He didn't know if was allowed to say what the next One Direction single was going to be but he then sighed in relief when Zayn spilled the beans and shouted: “Night Changes”. So there you go, “Night Changes” is going to be the follow-up to “Steal My Girl”. Definitely expect to hear this in the next few days. Rumour has it the guys have already shot the music video and I sense they're going to promote this second single before the album hits stores.

Other questions during the 13-minute interview included: One Direction’s thoughts on the Ariana Grande “incident” at the Teen Awards earlier this month, if they had have a girlfriend only for the winter, Harry’s thoughts on fans picking up his vomit and sell it on Ebay, and Scott asking Zayn if he could dance at his upcoming wedding with Perrie.

Don’t miss this must-listen One Direction interview! Hear it in full below!!!