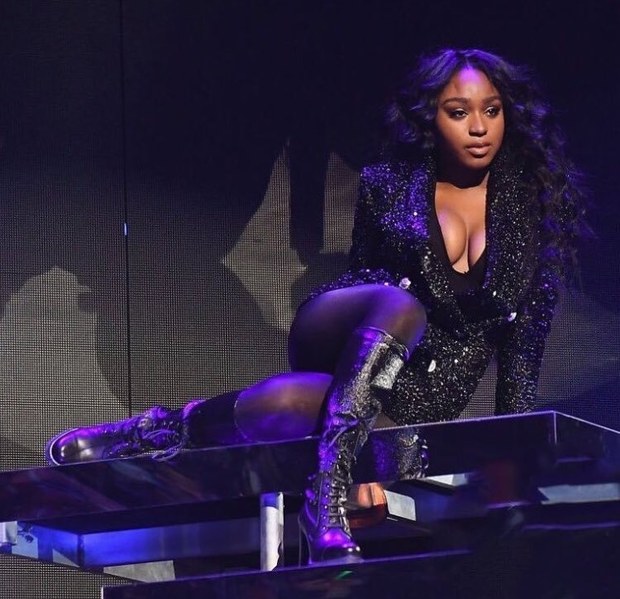 Normani was one of the many performers that participated at the TIDAL philanthropic concert in support of the American criminal justice reform held at the Barclays Center in Brooklyn last night (Oct. 23). Normani’s set lasted about 11 minutes and she performed three songs: a new song called “Waves” with rapper 6LACK, “Love Lies” (no Khalid around) and “Checklist” (one of the two new Calvin Harris-produced songs she released this week). Shame she didn’t perform “Slow Down” (my favorite from the ones she released this week). But YEY at NORMANI debuting yet another new song (“Waves”) at the TIDAL event. I was expecting that, and hopefully she will release the studio version of “Waves” very soon because it sounds good. I wonder who produced this sexy R&B song? That beat is hot.

Overall, Normani slayed her entire set and you could say she channeled her inner Beyoncé for these performances. She gave me “The Beyoncé Experience” meets “On The Run Tour” vibes and I LIVED FOR IT.