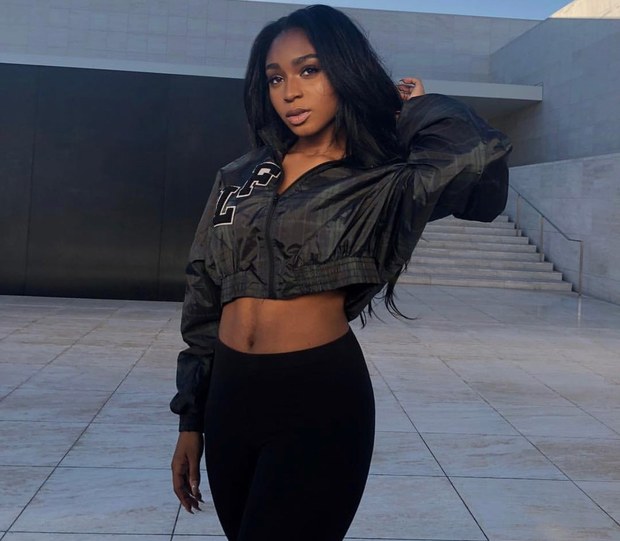 Just a few days ago Normani announced the release of a “collaboration” with Calvin Harris. She also set October 22 as the release date for that “collaboration”. And you know what? October 22 is TODAY and Normani and Calvin Harris’ studio work is here. But there’s a surprise; it’s not just one song, it’s two! The titles are “Checklist” – featuring rapper Wizkid, and “Slow Down”. Both songs are Calvin Harris-produced and both were released today at exactly 12 p.m on all digital platforms.

Mama knew the kids were hungry, that’s why she served lunch and dinner all at the same time!

“Checklist” screams Caribbean. It’s Normani’s Jamaican alter-ego singing about a woman just wanting to get it on with her love interest. “Baby, you’re a blessing wit’ it on / Come teach me a lesson wit' it on / Make me feel like you are wit' me / Only you know how to get me, but”, sings Normani. I never expected a song like this from her but I am lo-ving-it. This needed to drop in the summer, though!

“Slow Down” is the clear mainstream single out of the two songs released today and the one that’s clearly going to get sent to radios and promoted heavily in the coming weeks. “Slow Down” sounds a little bit like Calvin Harris and Dua Lipa’s smash hit “One Kiss”; that’s the obvious headline. I loved the song on the first listen, Normani sounds so sexy in this and she sings this song so well, the Calvin Harris beat is hot, hot, hot (clearly Calvin still has a few of his funk-house beats, a la “One Kiss”, that he wants to show us. And so cool Normani got one of those beats for her!), the slow and fast singing exchange had me shook at all times, and I don’t know what else to say, y’all. “Slow Down” is a freaking hit and I’m so excited for Normani. Now bye ‘cause I need to replay this song 1,000 more times today, dance to it around my entire apartment, and email my DJ friend asking him to add “Slow Down” to his playlist for my clubbing time this weekend.