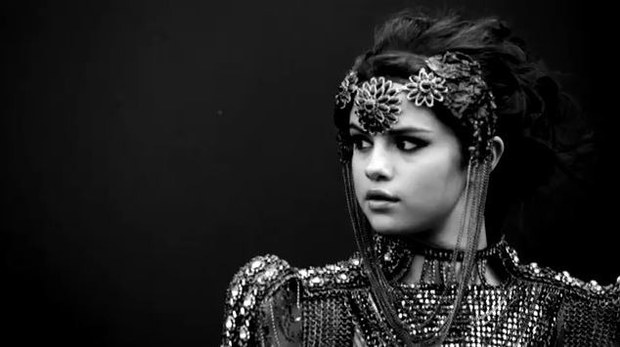 Hollywood Records ain't playing with this new Selena Gomez album! The 20-year-old, Justin Bieber on-and-off girlfriend, debuted on VEVO on Monday (June 3) the official audio of her next single, the The Cataracs-produced party-ready "Slow Down". Take a listen to the full version of Ms Gomez new single from ger "Stars Dance" album below.

Selegend is serving sexiness, catchiness and success teas once again, with the follow-up to "Come and Get It". The "Stars Dance" first single took its time to fully connect with the US audience, but after countless live performances across many TV shows, and hard promotion, the Stargate-produced Indian-feeling pop record entered the Top 10 on Billboard's Hot 100 Chart where it is still, as of this post, holding onto. Given the success of "Come and Get It", it was obvious Hollywood Records would demand Selena to release another pop, dance smash. And The Cataracs' "Slow Down" was 'the' choice. Selena's new single, is just fire, epic, and so LIFE-giving. The beat is killer, the chorus is to die for, and Selena's kind of sweet, kind of fragile vocals really work with the song. Live performances will be a whole another thing, though. But let's enjoy the studio edit for now. I have the feeling too that "Slow Down" will be more of an 'instan't hit, rather than the late-bloomer "Come and Get It" was. The music video for "Slow Down" has been already filmed in Paris. France And from the leaked previews, it looks fierce!