Mariah Carey has a new single out. The Hit-Boy-produced 'Thirsty' was exclusively premiered via Power 105.1's 'The Breakfast Club' on Tuesday, May 13th. DJ Envy broke the news earlier in the day when he tweeted that he had just received a call from MC's manager: "Aww man!!! @jermainedupri jus called me!!! 9am we have a world premiere of Mariah Carey's new single!!!! @breakfastclubam".

'Thirsty' is track #5 on Mariah Carey's forthcoming 14th album 'Me. I Am Mariah… The Elusive Chanteuse', due in stores May 27th. 'Thirsty' becomes then the follow-up to Mariah's only official single from 'Elusive', the Miguel-assisted '#Beautiful'. According to Jermaine Dupri, 'The Art of Letting Go' and 'You're Mine (Eternal)' were just 'buzz' singles. 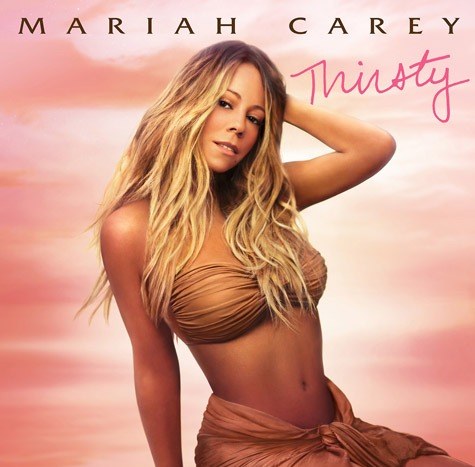 The urban-pop number 'Thirsty' features rapper Rich Homie Quan, and it sounds like 'Migrate' 2.0. Is that a bad thing? Of course not! Now this feels like a smash, Mimi! Most likely, a rhythmic/urban-only smash, but a smash nonetheless! (Read more info).

Update: Listen to 'Thirsty' in HQ and without Rich Homie Quan below!