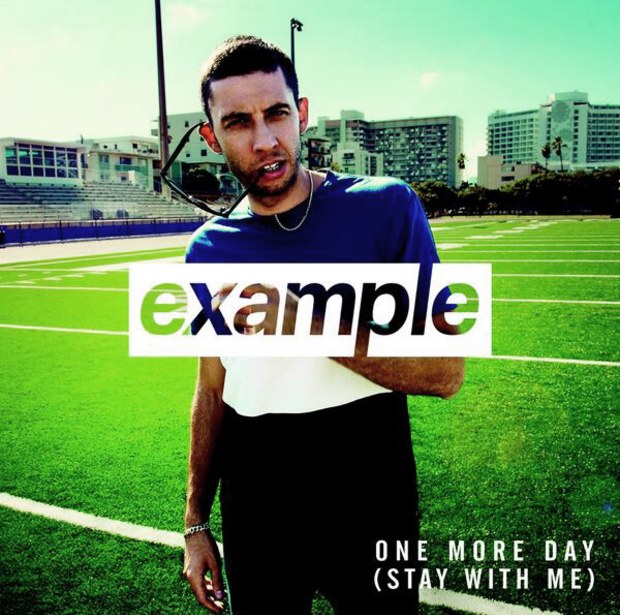 Example just premiered a summer hit waiting to happen. The British recording artist visited the BBC Radio 1 studios in London in the afternoon of Saturday, April 19th, to personally premiere his brand new single, "One More Day". Listen below!

"One More Day (Stay With Me)" was going to be called only "Stay With Me" until Sam Smith released a song with the same title, forcing Example to make a quick change to the name of his new single. Oh well, the title change is no problem to me. "One More Day" is still a smash! The newly-premiered song is the third single from Example's forthcoming fifth studio album "Live Life Living", due in stores June 30.

"One More Day (Stay With Me)" will be released in the UK on June 22. Example's two previous singles "All the Wrong Places" and "Kids Again" only managed to peak at #13 on the UK Singles Chart. Kind of pretty low chart positions considering the amazing talent Example's got. I'm confident "One More Day" will be his album's first real hit, though!

"One More Day (Stay With Me)" is a house-y, party-ready, perfect for the summer tune, that sees Example singing about what his girl shouts at him ('stay with me!!') when he tells her he has to leave town for unknown reasons. Is this 'Show Me Love'-inspired?