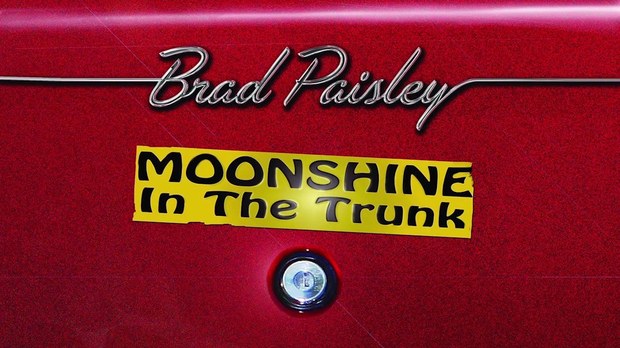 Braid Paisley is getting on his label’s nerves. For some reason the country music star, now judge on ABC’s “Rising Star” singing competition, is leaking songs from his forthcoming eleventh studio album “Moonshine in the Trunk”. The album isn’t out yet till August 25th, but something has sparked a beef between Brad and Sony Music Nashville that’s causing Brad to leak song after song from the new album. It all started last week when the uploaded to his personal YouTube account (not VEVO, because Sony was snatching those links down), a whole sampler to the album, and in the subsequent days he's kept uploaded new snippets. On Twitter, Brandy's posted screen captures of text conversations he's had with Sony Music Nashville CEO Gary Overton. The discussion was pretty ugly at the beginning with Gary urging Brad to 'call him' and stop the song leaking. But as of this post, although the chats have continued, the one of them are more 'relaxed'. Gary understands Brad's pissed for the long album wait his fans had to endured and that he wants to give them the new music ASAP, and now he’s only asking him to not leak 'certain' songs'. (Such bad image for the CEO and the label!)

Anyway, there’s a new song that Brad’s leaked called "Cover Girl" which is so good! And it definitely had to be posted on DirectLyrics. Hopefully this song gets the official single treatment soon because I think it has what it takes to reach the top spot on Country radio and Country Songs chart on Billboard. The song as I said is called "Cover Girl" and it's a really up-tempo country song where Brad sings about an impossible/love at first sight love which although he can’t ‘get’, he is happy for this human being. The human being is a beautiful girl, whose photo made it into page 3 of the town’s newspaper, and then after getting scouted by Vogue magazine editor, she scored her first Vogue cover, and now she's a worldwide icon. From a far, Brad remember this girl, his impossible love!

Update: Brad is using now other (friend) artists to post links of his leaked songs on social networks. Apparently he can't post stream links anymore on his.

Wow @bradpaisley just sent me this song and said it's about me! So sweet! Check it out http://t.co/Qxnsc0LapJ #leakingmoonshine