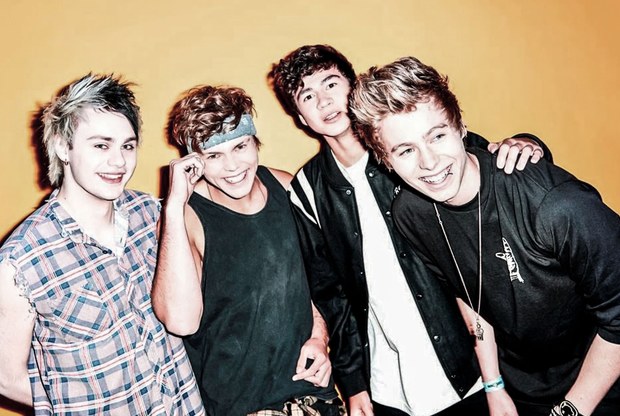 "Money" is the opening track on "Sounds Good Feel Good" and it was co-written by Ashton Irwin, Luke Hemmings, John Feldmann, Benjamin Madden and Joel Madden. The latest 5SOS "countdown" single is available right now on iTunes if it's already Thursday (Sept. 17) midnight where you live.

This upbeat punk-pop record "Money" should be regarded as a "fun" song and not as a "clever" one. Don't try to "understand" the meaning of the song because you will fail (the song starts being about a girl, then suddenly about cities and then suddenly about ceilings, lol). "Money" has a great, potent beat and a singalong chorus to die for, and this is in all truth what's important.