Miley Cyrus & The Rest Of “The Voice” Coaches Rock Out Aerosmith’s “Dream On”: Watch 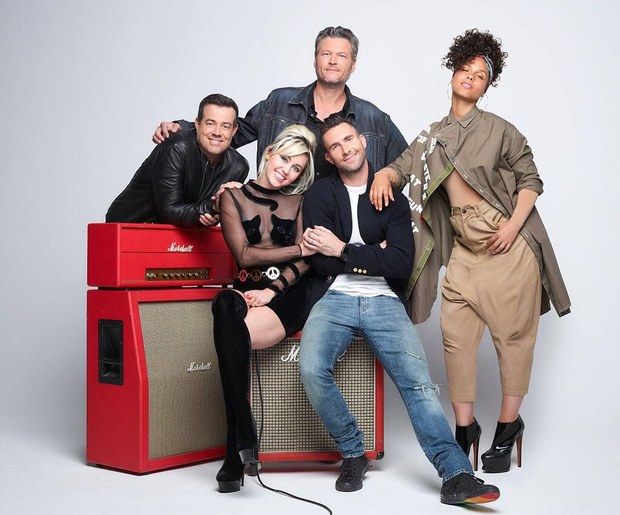 Watch all the judges of 'The Voice' Season 11 perform Aerosmith's 'Dream On'. #TheVoice pic.twitter.com/QlMxsdgWVc

I could only find one word to describe this performance: EXCELLENT!

It was very surprising too to see the coaches not performing their first song together on the in-studio stage but somewhere outdoors and before a massive crowd. The energy out there must’ve been incredible.

With respect to the actual performance, I think Adam and Miley stood out. Alicia Keys with her hippie look was pretty decent, and Blake Shelton with his boring pedestrian look faded in the background a bit. On the contrary, Adam slayed me with his falsetto in the last seconds of the performance, and Miley was to me the best of the four whose voice adapted better to the Aerosmith song. I loved her big entrance as well and I loved too the control she displayed of her vocals. Of course I adored too her bizarre outfit. It served Mrs. Claus realness! 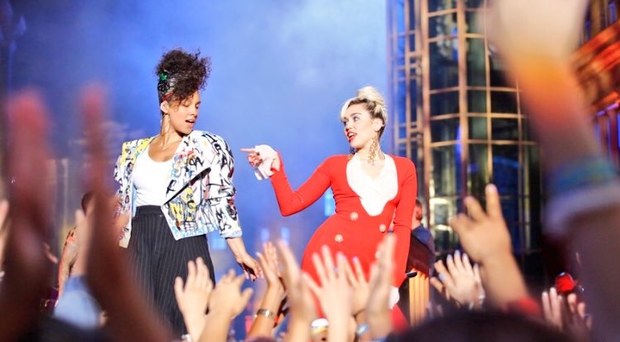