Really? Mary...? The R&B veteran's latest album "My Life II...The Journey Continues (Act 1)" may not be selling as her previous efforts but accepting to participate in the new Burger King commercials series is a big 'no no' for an artist as important as Ms Mary J Blige!. The US division of the global chain of hamburger fast food restaurants announced today (April 2nd) new items from their menu with a few celebs starring in the new promotional ads. Above, it's the 'No More Drama' singer, Grammy-winning artist, and Queen of Hip-Hop and R&B, Mary J Blige singing her heart out in order to get a BK costumer to buy the new Crispy Chicken Snack Wraps. LOL! That was so cringeworthy...Mary is better than all that. At first I thought it was a late April's Fools joke but nop. I guess the check was big enough...right Mary?. CLICK HERE to watch the other new Burger King commercials starred by Jay Leno, Salma Hayek and David Bechkam.

Video Source: TMZ.COM / What are your TRUE thoughts? 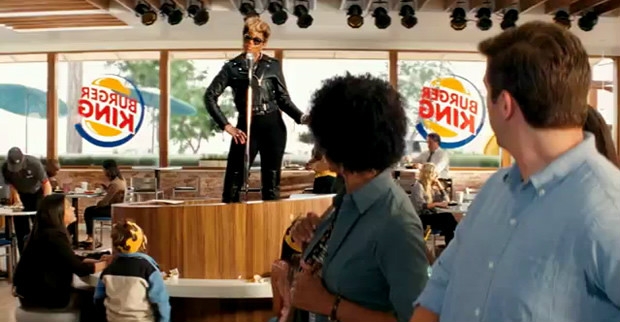