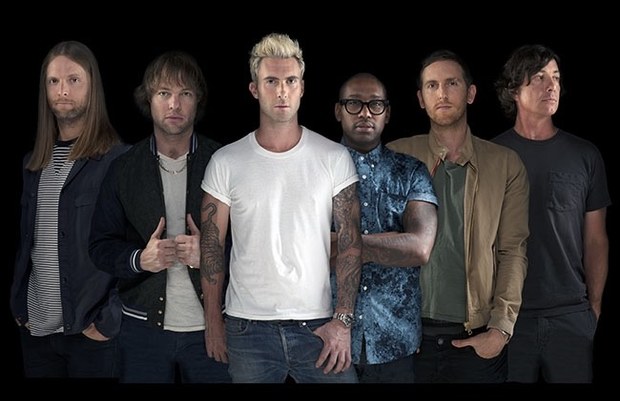 Today it was confirmed that band Maroon 5 are coming out with a brand new single titled “The Summer’s Gonna Hurt” and that the song is going to be part of a re-pack edition of the fifth Maroon 5 album. The news were broken by Billboard magazine columnist, and radio connoisseur Sean Ross via Twitter. See below: 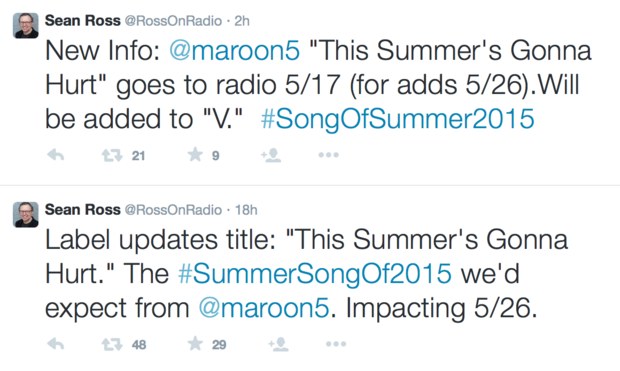 So “The Summer’s Gonna Hurt” will exclusively premiere on some radio station on Sunday, May 17 and it will be officially sent for adds across the country on May 26. The song is totally brand new, and as Sean confirmed in his second tweet; it’s going to be part of a “V” re-release. Will there be more new tracks there? Potentially!

The “V” repack confirmation shoots down other “options” that spoke of “The Summer’s Gonna Hurt” being; a) the lead single from Maroon 5’s sixth album, b) a charity single or c) a single released for a commercial.

Maroon 5 just joined the race for the hottest song of the 2015 summer! Exciting! Britney, hold tight to your extensions!