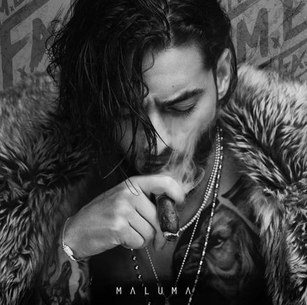 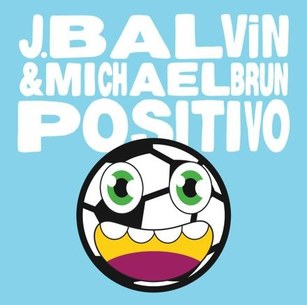 Colombia's biggest musical exports of the latest years, Maluma and J Balvin, have new songs out. In the case of Maluma, his new song is called "Marinero" (translates to "Sailor" in English) and it is part of his forthcoming third studio album "F.A.M.E", which will be released on May 18th. And as for J Balvin, his new track is entitled "Positivo" ("Positive" in English), and it is NOT taken from his forthcoming new album "Vibras" (out May 25th) but it is Telemundo's official FIFA World Cup 2018 anthem (there are going to be so many "official anthems" this year and I refuse going keep track, ha).

Both songs are big surprises to me because they are not reggeaton.

Maluma's "Marinero" is a guitar-led ballad where the handsome Colombian singer will talk about breaking the heart of his official girlfriend by cheating on her with multiple women at "every new port he visits" like a "marinero" (sailor). He will ask for her forgiveness. Would you give it to Maluma?

J Balvin's "Positivo" is a more electronic-oriented track than it is reggeaton where the "Mi Gente" superstar sings about staying always positive and working hard to achieve our goals and the gold. "Let's go for the medals", he sings. By the way, in my humble opinion, "Positivo" sounds ten million times better as an official FIFA World Cup anthem than the Jason Derulo song. Just saying!

Read the lyrics to "Marinero" here

Read the lyrics to "Positivo" here