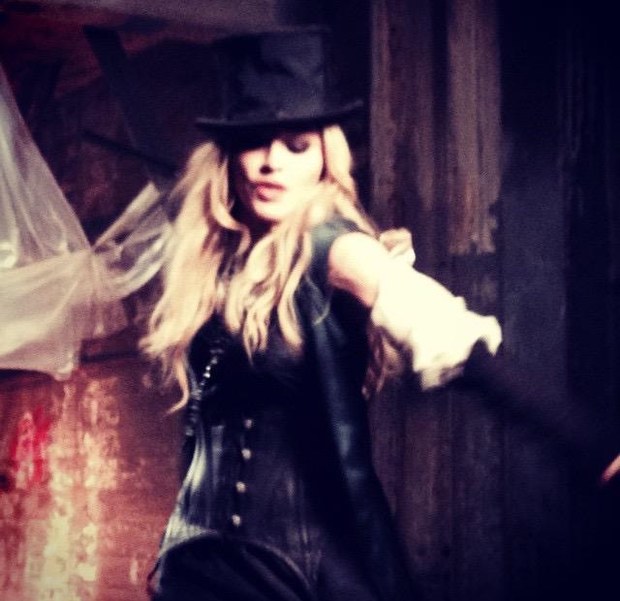 Right on time. The one and only Madonna premiered moments ago (at 1pm EST sharp) via new live-streaming app ‘Meerkat' (following in the footsteps of the music industry’s deals with Snapchat or Tinder for exclusive premieres) the music video for her new “Rebel Heart” single, the Billboard-produced “Ghosttown”.

“Ghosttown”, “inspired by the imagery of a destructed city after armageddon, and how the survivors carry on with their lives, with love being the only thing they can hold onto”, isn’t my favorite song on the latest Madge album, in fact I was rooting for other songs to be the second single, like “Devil Pray” or “Wash All Over Me” for instance, but I’m not in Madonna’s mind, huh? She really must’ve picked this song over other with clear stronger commercial power for some particular reason. Maybe she’s got a special connection with “Ghosttown” that we don’t know about.

Anyhow, the “Ghosttown” music video, which you can watch below in its entire version, is starred by Empire’s actor Terrence Howard and it really shows a ‘ghost town’ in the literal definition of the term. It has a dark, somber theme, it features footage from terrible acts done my man, and well, it’s very strong visual, I’ll give Madonna that.