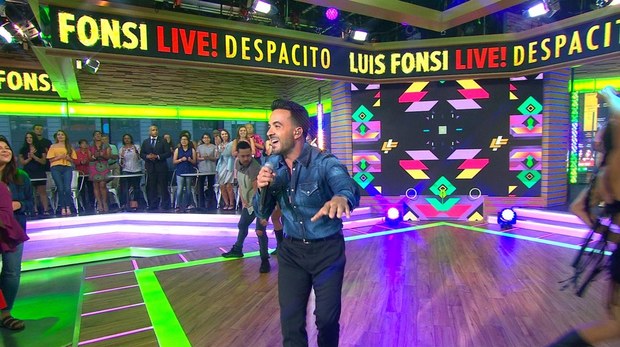 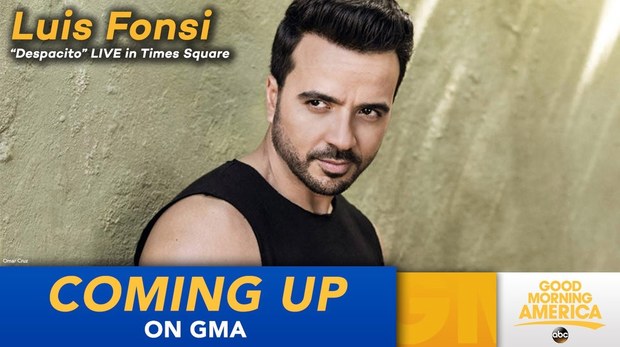 Luis Fonsi performed his mega hit “Despacito” today, August 16, on “Good Morning America”. The Puerto Rican singer did the Daddy Yankee-less and the Justin Bieber-less version of “Despacito” on the ABC show.

This was only the third performance of “Despacito” Luis Fonsi has done on national American television following his performances on “Conan” and “The Voice” a few months ago.

The reason behind this unexpected “GMA” performance is rumored to be Luis Fonsi really wanting to break Mariah Carey’s longest time at #1 on the Billboard Hot 100 record. Mariah remained at the top position of the Billboard chart for 16 straight weeks with “One Sweet Day”. Luis Fonsi’s “Despacito” has been at #1 for 14. So he just needs 2 more weeks to match Mariah’s historic feat and 3 more to completely dethrone her. And how does he do that? Fighting for the momentum of “Despacito” to not go down one bit. Until now the only promotional rounds Luis Fonsi had done had been those two performances on “Conan” and “The Voice” - that was it. Radio appearances have been very scarce. “Despacito” simply made it happen on its own. It exploded on US radio thanks to the Justin Bieber remix, then it went number 1 on Spotify, and then its music video became the most watched video ever in the history on YouTube. It’s all been a snowball effect. But evidently the song is slowly “getting old”. But having that Mariah Carey record so close has made Luis Fonsi come out of “hiding” and started to do new promo, like this performance today on “GMA”. The record is within grasp. He knows it!

The performance was hot, he was hot, he sounded hot, but… those dance moves at 8am in the morning? Lol. It was a bit awkward - but whatever! Come through, king!

WATCH: @LuisFonsi chats with @michaelstrahan following the performance of #Despacito, the most viewed @YouTube video EVER! pic.twitter.com/egZH2wPaGB