Luis Fonsi & Demi Lovato Release “Not On You”, The “Echame La Culpa” English Remix… But Is It Too Late? 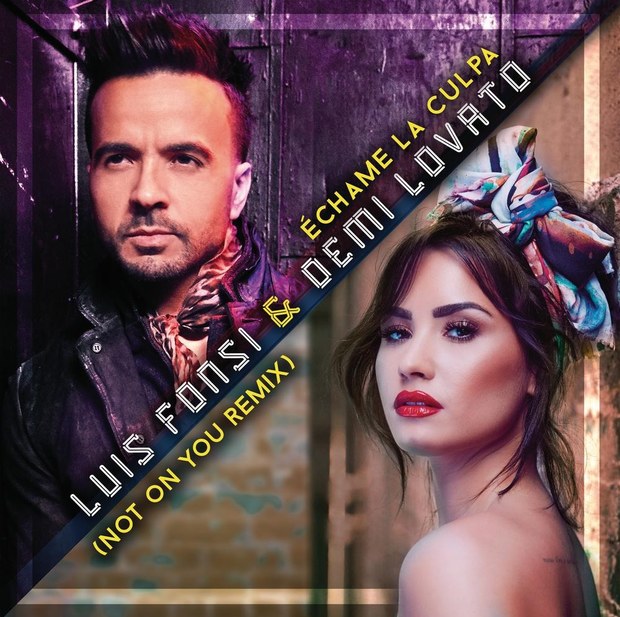 Luis Fonsi just released today the English version of his Latin hit “Echame La Culpa”. The English version isn’t titled “Put The Blame On Me” but “Not On You”. This new version still features pop singer Demi Lovato and it features all English lyrics with the exception of a very minimal number that are maintained in Spanish. The biggest difference in here is that we get the first verse fully sung in English by Luis Fonsi.

So do I like? Unfortunately no. The original was okay because the chorus felt natural in Spanish and it went well with the beat but the translation they’ve done to English is just UGH. The chorus sounds now corny as hell. I just can’t. “Not on you, not on you, not on you my love”? LOL. “I only wanna set you free”? LOL. No thank you.

I’m personally going to keep listening to the original version only.

Luis Fonsi made such a big mistake releasing this English remix version so late. If he had released it earlier then maybe “Echame La Culpa” could’ve peaked higher than #47 on the Billboard Hot 100. But with this late release he’ll accomplish nothing. Maybe just a few extra dollars from streaming but no new accolades for the song.