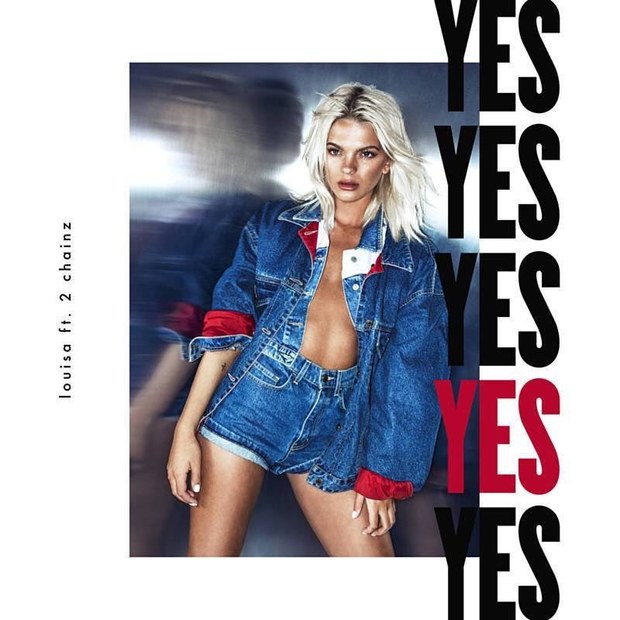 Louisa is having a good girl gone bad moment similar to the one Rihanna had many years ago. The adorable and angelic British girl is leaving her “innocent”-self in the past and embracing a raunchier persona for the next stage of her career. Because in view of all the flops she’s amassed so far (not counting her winner’s single after her X Factor UK season of course), she evidently needed a change. And what change was that? According to her label, she needed to go sexier it seems. Louisa dropped yesterday her new single “Yes”, featuring 2 Chainz, and hopefully this time this sticks as the real first single from her long-anticipated full-length debut album (it’s been 3 years since she won the UK edition of The X Factor, so yeah, please hurry). “Yes” is unlike anything Louisa (did you notice she’s dropped the Johnson now?) has released in the past. But ironically it was serious “past” vibes. Because it may not be similar in sound to her previous floppy singles but it’s similar to music from the old past, like from a decade ago. Remember those good years of pop, R&B music from late 90s, early 2000s? Well, that’s what “Yes” sounds like. It sounds dated as heck but it’s okay because I’m so bopping to it. We all love a little bit of vintage, right? The lyrics of “Yes” hear Miss Louisa getting horny at the club and really digging a guy she’s hanging with, and she’s hoping for a wild and wet “after-party” with him. And she’s not making any effort to disguise her horny intentions. She will even make moan-like noises to the guy while in the club! Oh, and get this, she’s singing “Yes” Christina Aguilera-style. What else could we ask, right? This is the song we all “old souls” have been waiting for!