Little Mix - the female quartet crowned winners of the eighth series of 'The X Factor UK' - have recently debuted the official music video for their debut single "Wings"...Watch now above!

Produced by TMS, the production team behind the UK #1s; "Read All About It" by Professor Green and "No Regrets" by Dappy, Little Mix's "Wings" is an empowering pop anthem filled with claps, drums and a little something from Christina Aguilera's "Candyman", if you know what I mean. Now, will "Wings" reach #1?. I think it's got what it takes to top the UK Singles chart. The only thing is Little Mix's competition. The week of August 19th - the day "Wings" gets the official release, it's also the UK release week for Green Day and Justin Bieber's new singles, "Oh Love", and "As Long As You Love Me" respectively. I'm rooting for the girls tho! I think this MUST be their moment. Commenting on the "Wings" video, it takes place at an abandoned warehouse and features the girls singing their solos with colorful backdrops and effects, while they get together to dance a cheeky routine with a huge Union Jack flag showing behind. Enjoy! 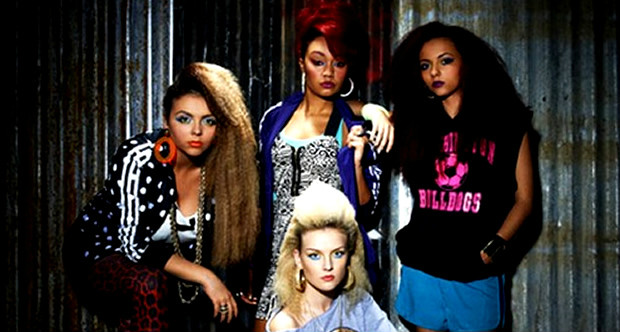