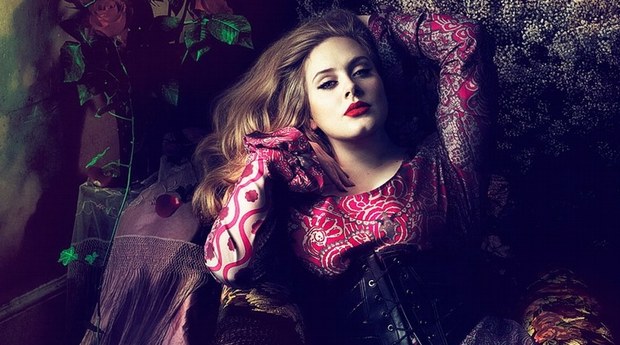 Now before you go ahead and lose it, let me just confirm to you that is NOT Adele’s new single. The first single from her much-anticipated upcoming third album “25” – rumoured to be hitting in stores in November – has yet to be announced.

“You’ll Never See Me Again” is an unreleased Adele track recorded in 2010. The song was included on a three-song promo CD distributed internally at XL Recordings – Adele’s label – four years ago. Nobody knew of the existence of this unreleased song until a 1:30 minute-long snippet surfaced online today - August 31.

“You’ll Never See Me Again” is produced by Fraser T. Smith – who did “Set Fire To The Rain”. There's another unheard Adele song on the mysterious promo CD that's called "Never Gonna Leave You” - also produced by Fraser. Will we soon hear a lengthy snippet of that too? Hopefully! Both tracks were recorded in 2010 during the studio sessions for “21". Ultimately, the only Fraser T. Smith that made it on “21” was “Set Fire To The Rain”. The other two songs she recorded with Adele (“You’ll Never See Me Again” and "Never Gonna Leave You”) were scrapped. Will they be used for “25”, though? Only Adele and her label knows!

“You’ll Never See Me Again” is a standard, very emotional Adele R&B-soul ballad. In the lyrics of the song, the Grammy award winner sings with regret, nostalgia and resignation about a former love. "I won't face your fears / I need to fight my own / You'll never see me again oh baby”, sings a mortified Adele. She still loves the man but she just can’t be with him anymore.

Update: The two Adele unreleased tracks have leaked in full.