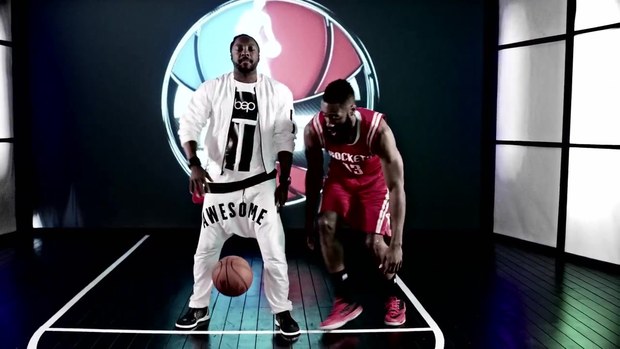 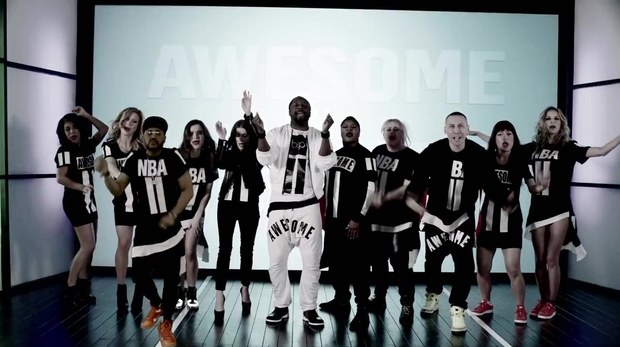 Want to hear a bit more from the new Black Eyed Peas “Awesome” song that was previewed during David Guetta’s Coachella set last week? Yeah? Well, the ‘song’ (can this seriously be called a song? Anyways…) is featured in the brand new 2015 NBA Playoffs commercial and thanks to it we can listen to a few extra seconds and verses of the Fergie-less song.

The Guetta-produced beat is pretty infectious, it mixes a lot of genres, though, right?, it’s by far one of the most urban sounds I’ve heard from the French DJ, and this beat definitely sounds like something that can destroy dancefloors. However, the singing/rapping is just terrible. I know “Awesome” is just supposed to be a fun, not-think-about-it-too-much song, but come on…it’s beyond ridiculous. I wouldn’t mind jamming to the instrumental at the club, for real. Will.i.am this is a new low for you.

Oh, and how come Fergie isn’t involved in “Awesome”? The song is allegedly part of the upcoming Black Eyed Peas album that the band is planning to drop later in 2015 to commemorate their 20th anniversary of existence and I just hope Fergie is featured in it (did recording her second album made her too busy or what?), or otherwise I’ll extremely disappointed and definitely not buying/supporting.