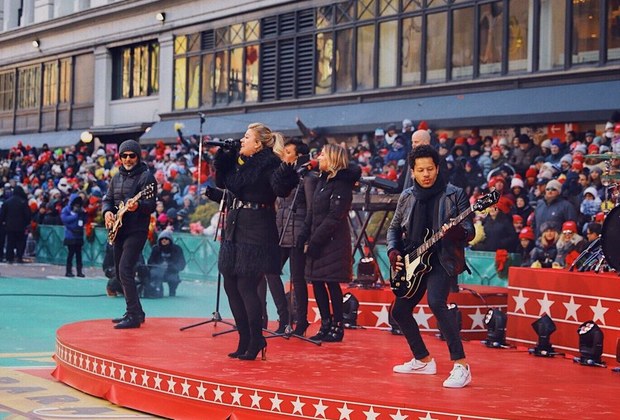 All of the artists above lip-synced as expected because technical difficulties because of the moving floats prevent singers to do their job live but there was one exception, our beloved Kelly Clarkson. She did sing live. But that was only because she performed from a stage and not a float.

John Legend had this to say when a Twitter user mentioned all the lip-syncing happening throughout the parade:

Fun fact. We all have to lip sync on this parade because the floats don't have the capacity to handle the sound requirements for a live performance. Hope y'all enjoyed it anyway. Know that if you come to my shows, the vocals are 100% live! https://t.co/C2bGj63AF6

Back to Kelly, she performed her song “Heat” from the “Meaning of Life” album. And what an irony it was. Everybody was freezing out there and she decided to sing a song titled like that - lol. Gotta love Kelegend!

Which was your favorite performance?

PS: Poor Rita Ora and her playback fail. I feel for her.