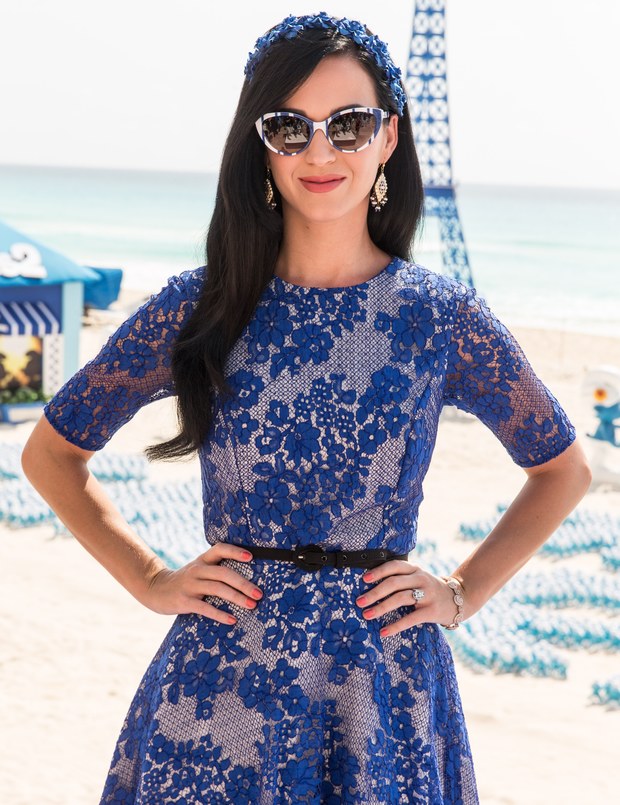 Pop star Katy Perry walked and posed at the photocall along with her co-stars, director and producer of 'The Smurfs 2' during a promotional event as part of the 5th Annual Summer Of Sony in sunny Cancun, Mexico on Monday, April 22. Check out pics now!

The "Teenage Dream" singer looked stunning as she rocked out a matching ensemble of hair band, sunglasses, and dress, all blue, the signature color of The Smurfs. The Raja Gosnell-directed sequel to the 2011 box office animated hit will open in theaters worldwide next July 31. Katy Perry will reprise her role as the voice of The Smurfette.

In more music-related news, the Califonia girl confirmed a few days ago that she's 'halfway done' with her highly-anticipated third studio album, the follow-up to the 2010 much-successful album "Teenage Dream", which managed to spawn five #1 hits in the USA. Producers confirmed to be working with Katy in the new era are; Max Maxtin, Dr Luke ("Max and Luke push me the most. As a team we have certain strengths. With Max, it’s melody choices, Luke is production and I’m topline and melody"), Sia, Greg Wells, Bonnie McKee ("Bonnie and I argue (like) we’re in the ring fighting for the best lyric"), and looks like Diplo too! As hinted in a recent tweet posted by the Major Lazer mastermind. Yeeess. This gon' be gooood. I can feeeeel it! 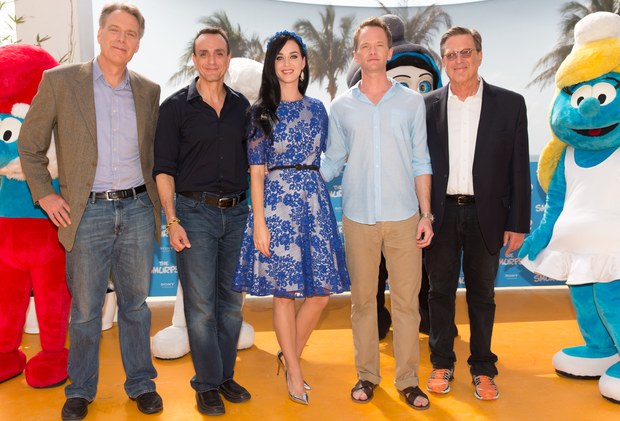 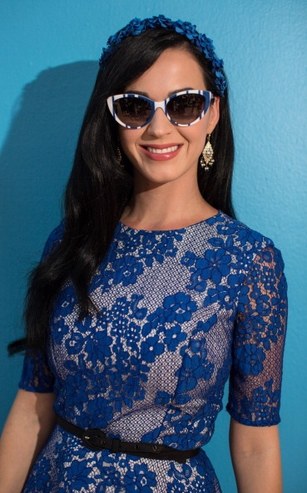 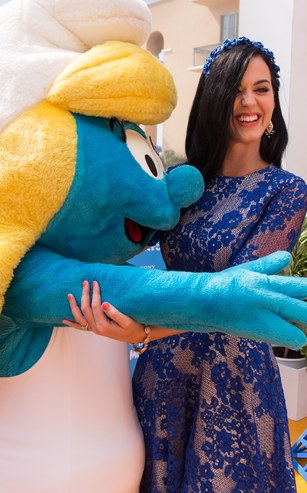 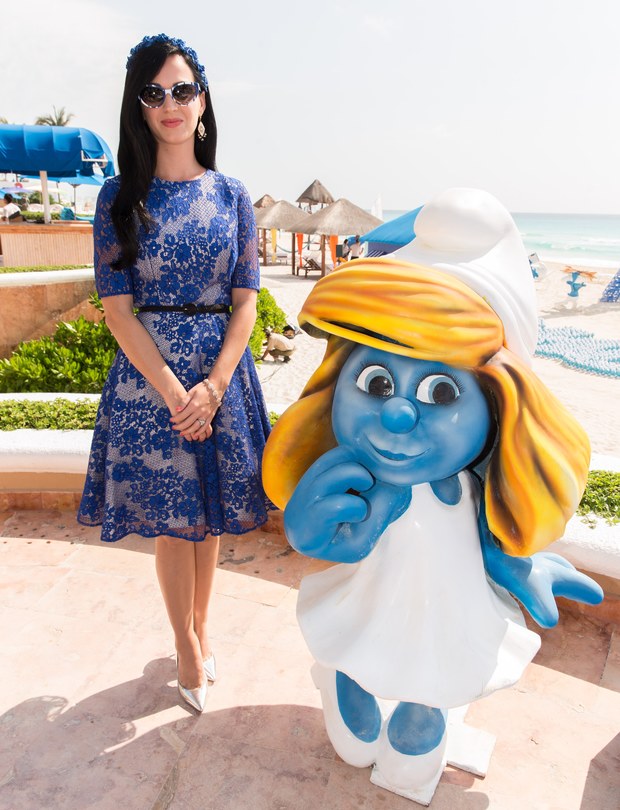